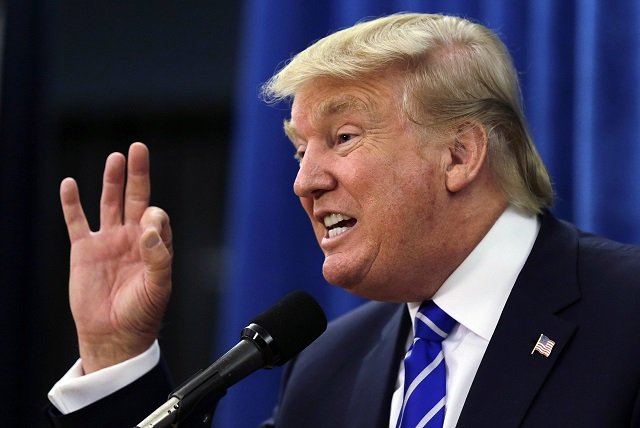 Understand the Mindset of a Businessman Turned Politician

February 26, 2016 7:54 am 0
Be Smart, Think Policies and not Personalities
Had the GOP Attacked Obama The Way It’s Attacking Trump
Select the Candidate Whose Advisers Are Known Commodities

The American people are angry, which simply means not enough serotonin is reaching their frontal lobe. 2016 is far worse than 2008 when hope and change appeased most Americans. In an attempt to inject some reason in their choice, so far, of Donald Trump as their candidate to run for the highest office, let us explore the mindset of a businessman, which was what Donald Trump has been all his life. One needs to understand the mindset of a businessman turned politician before jumping with both feet in support of Donald Trump.

There are three important factors to consider as far as a businessman turned politician and all three are at play in the personality of Donald Trump if you have been listening to his sound bites.

The first is that every businessman is really a dictator. There is a top-down hierarchy to every business where orders are followed just like soldiers follow their orders from their superior officers. True that boards of directors monitor the performances of the CEO’s, but there is no board on this planet to control Donald Trump. He is not used to it, nor will he submit to such rigorous accountability test. Remember that successful businesses are not a democracy. They are ruthless dictatorships controlled by alpha wolves with egos to circle the circumference of the earth many times over. This is the environment that groomed Donald Trump, which we need to take into consideration as America yields all her powers to his ego.

The second factor we need to understand about a businessman is his desire to “make a deal”. Negotiating a deal is the anchor that drives business people. It is through deal making that their negotiations skills, ability to make money, and superiority as the most successful in their field is best demonstrated. This means that a businessman will always select to make a deal over any other option available. Even with all his anger demonstrated at the millions of illegals entering the country, Trump chose to confront this activity by “making Mexico pay for a wall“. Translation? Make a deal with the Mexican Government to pay for it even if trade wars precede the deal.

Will Trump use US military power to extort, threaten, and arm wrestle everyone who stands in his way for not making the deal he wants? For those wishful thinkers who believe Trump would threaten Mexico with America’s military power to have his way better think about the consequences. The effect of fusing a high desire for deal making with immense military powers could either make America the greatest again, or it could be the biggest disaster in our history if egos become uncontrollable. Something to reflect over.

The last factor, actually, plays in favor of Donald Trump. Every businessman wants to succeed. Every businessman wants to win. Unlike feckless politicians like Barack Obama, businessmen are never satisfied unless they hunt down their prey and take a picture to show off their prowess. This is what Trump means when he says we’ll “Make America great again“. In his mind, he is already imagining using the powers of the White House to win. How he uses that power becomes the big question we must ask ourselves, or at least hold him accountable for how to use it should he become the next POTUS.

The desire to win for a businessman is too strong to ignore this factor.

So, if you are looking for a commander-in-chief who wants to make deals with Vladimir Putin, Baschar al-Assad, Ali Khamenei, and the Palestinians, Donald Trump is your man. He will focus all his energy on making that deal to show off his negotiating skills. Whether it is for the best interests of some is inconsequential as long as Trump can take a picture with his new trophy.

A businessman’s first instinct is to make a deal, not force America’s enemies to behave.

Something to reflect upon as well.

Understand the Mindset of a Businessman Turned Politician