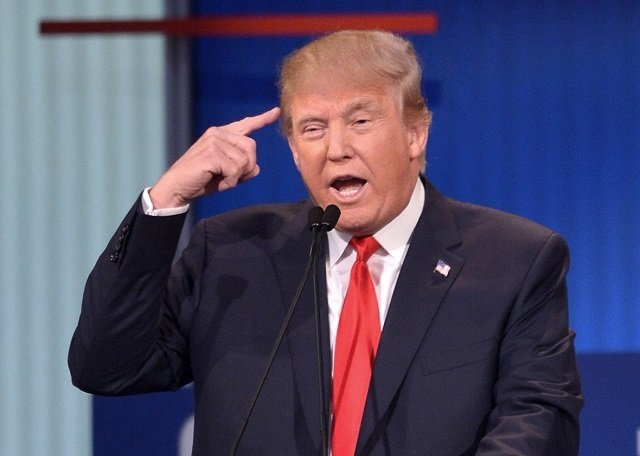 Select the Candidate Whose Advisers Are Known Commodities

January 31, 2016 8:23 pm 0
Be Smart, Think Policies and not Personalities
Understand the Mindset of a Businessman Turned Politician
Had the GOP Attacked Obama The Way It’s Attacking Trump

With Iowa Caucus upon us tomorrow and elections coming up fast this November 8, selecting the right candidate based on his/her policies will impact our lives for at least the next four years. Absent from this process is usually another vetting process. That of who the advisers of that candidate are. It is important to select the candidate whose advisers are known commodities.

It is almost a guarantee that very few people pay attention to this element in the application of our democratic process. However, no matter where the candidate of your choice stands on issues or how much he/she satisfies an inner anger against the establishment, always, always vet the advisers as well. Who could forget, after issuing his Red Line threat, the 45-minute walk Barack Obama had around the White House when Denis McDonough talked him out of getting involved in Syria, which was a catastrophic decision and which gave rise to ISIS? Never underestimate the power of these advisers in setting policy.

Becoming a US president, we are told, is the toughest job in the world. Occasionally, the decisions a president makes fit the profile of his own making. In other words, they come naturally to him. Often, though, a president becomes entangled into “what if” scenarios and difficult choices he has to make that require him to turn to his advisers. It is during these moments that the hardest decisions are made. It is also during these moments that his advisers have the most leverage and influence over that decision. Their importance should never be underestimated. This is why it is imperative to select the candidate whose advisers are known commodities, but who also reflect your own ideas.

Beware of advisers who rise mysteriously and whose backgrounds, ideas, and friends you do not know. Those are the most dangerous. Look no further than Barack Obama to fully grasp the importance of this vetting process. His advisers, with the exception of Valerie Jarrett, came from nowhere and we knew nothing about them or their ideologies. If you are happy about the new era of terror we are experiencing today or our stagnant economy that looks like an alcoholic on Christmas Eve, then by all means ignore this advice.

You may or may not like the advisers of some candidate because of past history or because of where they stand on issues. This is OK. But, at least, the effort you invested in the process shows the intelligent voter that you are. Don’t get caught with a compass in your hand when you could have a pocket GPS to guide you better about selecting the right candidate. Remember the anger Barack Obama tapped into? He replaced it with even a higher level of anger. What we are saying is that don’t let anger guide your decision, vet the candidate, and more importantly vet the advisers he/she has surrounded himself with.

Some candidates may seek early advice from a variety of people to appease different groups of voters. Those are charades that have little impact on the candidate’s policies. These private chats with experts do not matter unless the experts also become officially advisers and part of their campaigns. In other words, a smart candidate will meet with anyone friendly to some slice of demography, and then drop the information to some news outlet just to reel certain groups of people with a specific ideology or agenda. Beware of these short-term deceptive practices. Only the closest advisers matter. The experts are just expandable service providers.

America made a gigantic mistake in 2008 and 2012 when it expressed its anger by selecting an outsider candidate whose advisers were even more mysterious than he was. 2016 is different with one exception. We know the candidates but we have no clue about these men and women who advise our candidates. We ought to check them and vet them so thoroughly before we dive again into another Obama-like cesspool.

Select the Candidate Whose Advisers Are Known Commodities