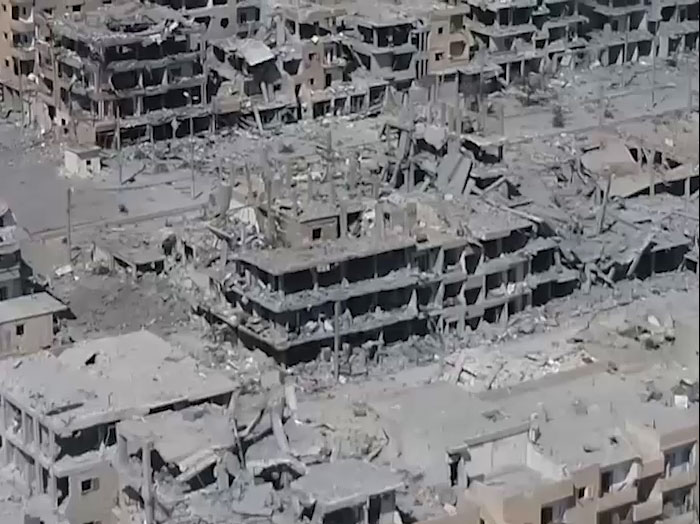 March 15, 2020 3:53 am 0
Kingmaker Moscow Tour Is Indicator Russia is in Deep Shit
Assad Curfew Hinders the Aid Syrians Desperately Need
Iranian Proxy Strikes Riyadh with Missiles
The Syrian civil war enters 10th year of conflict and from all indications there is no light at the end of this dark and windy tunnel. The major actors of the United States, Russia, Iran, and Turkey remain committed to finding a solution to fit their interests, and the minor actors, like Saudi Arabia, have simply withered away. Mostly due to their weakness and staying power.

So what holds for Syria in the next five years?

Will simmering enmities between the major actors reach a boiling point or will the psychotic, third-rate dictator Assad manage to survive the next five years? It all depends really, in part, on the coronavirus impact in the United States; as well as the Democrats determination to punish Vladimir Putin for his 2016 trespasses.

A second-term for Trump does not bode well for Iran and possibly Assad, while a Joe Biden era may be duplicitous in re-establishing the defunct Iran Deal.

If so, how will the Democrats, once in power and who believe Vladimir Putin stole 2016 elections from them, react to Russian meddling in Syria?

Will Syria be their ground zero for teaching Putin a lesson in humility?

Will Biden have the cojones to confront Putin?

Let us not forget that Joe Biden enters a White House at the age of 79. He will be a one-term President if his senility does not manifest itself ever so often. This will have an impact on his policies and from all indications, we believe Joe Biden might be a far worse President on foreign policy than Donald Trump.

But then, behind every President are powerful people with interests and determination.

As events may unfold in 2020, the Syrian civil war is not about to end soon. The varietal number of incidents, most of the world never hears about in resisting the Assad regime, tells us the war lives as long as Assad lives.

Besides the Idlib province capturing the headliners as it resists the Assad rule of terror, there are many smaller pockets of resistance the world is unaware they exist.

In southern Daraa, the birthplace of the Syrian Revolution, armed fighters are attacking Assad assets almost daily. Mysterious assassinations and score settling has become a daily routine as Assad pours all his resources against Idlib. The same is happening in Homs and Hama but not as frequently. These are all indicators that Syria’s civil war will continue for the next five years, at least.

If the Syrian people cannot bury Assad in one big war, they will bury him through guerilla warfare.

TURKEY AND RUSSIA ARE ON A WAR PATH

Any truth between Sunni Muslim Turkey and Orthodox Christian Russia is as fragile as they come. The hate between those two religious factions run deep and bitter. So while it looks to the outside world that both countries are trying to avert a conflict, both are closer to one than we think.

It is inevitable that Turkish and Russian troops battle it out in Syria, and Turkey hopes that a President Biden might just greenlight Turkey teaching Putin a lesson with U.S. help behind the scenes. If so, extend Syria’s civil war by another five years or so. Up until 2030 when Assad hair die might no longer stick. We’re just saying!

In finality, nothing points to Syria’s civil war and/or revolution coming to an end. All the players are as determined to walk away with a win, and the majority of Syrians are still determined to get rid of Assad and his Iranian cohorts.