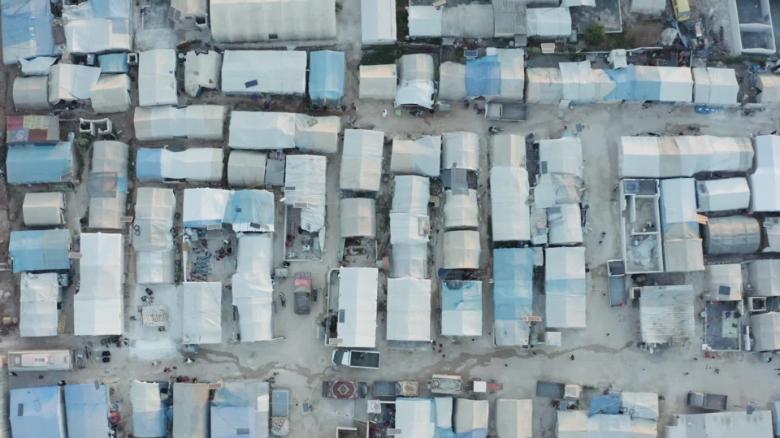 Assad is Blocking Coronavirus Testing to Areas Outside His Control

April 20, 2020 1:26 pm 0
Assad Belongs in a Mental Institution
France Says Has Proof of Syrian Chemical Attack
No, Bashar Al-Assad is no Joseph Stalin

Once again, the world is silent about continued Assad atrocities. If it was not for a small blip in an AP story, many in the civilized world would think WHO is doing its job fully to control the virus spreading. Especially, in warn-torn countries like Syria. Now, we come to find out that Assad is blocking Coronavirus testing to any region or area outside his control.

In the last opposition-held enclave in Syria’s northwest, health officials are cobbling together what little they have to protect 4 million people crammed into a territory buckling under repeated government offensives. Promises by the World Health Organization to deliver ventilators, protection equipment and other supplies have mostly not materialized…Assad controls the rest of the country, including the main cities. WHO has steered most of its anti-coronavirus help through his government, forcing the U.N. agency to work with an opaque system that hasn’t extended help to non-government areas.

WHO should refuse to aid Assad if he refuses WHO access to regions outside his control. Period

W.H.O. SHOULD COVER ALL OF SYRIA OR NONE OF IT

The bastard of Damascus is using the virus to kill Syrians by making sure they get no help. And WHO is going along with it by not sounding the alarms loud and often enough to protect the most vulnerable. Some bureaucrats at WHO are indire4ctly fashioning their own war on terror policy congruent with Assad policies of terrorizing his own people.

WHO should refuse to aid Assad if he refuses WHO access to regions outside his control. Period. No if and no buts. WHO should tell Assad: “If you want to prevent us from accessing ALL of Syria, we will pack and leave.”

There is absolutely nothing wrong with an organization helping people to take a humanitarian stand. Outside the sphere of politics of psychotic men of violence like Assad. By asserting its policy of extending help to everyone, WHO is within its rights to refuse help to Syria; unless it covers all its territories, and not just the ones Assad controls.

TO STOP THE CORONAVIRUS SPREADING IN SYRIA STOP ASSAD FIRST

Assad goals are to turn regions outside his control into burial grounds for innocent civilians. Whether this impacts other regions, like the southern hemisphere of Syria, as Syrians are still able to move freely around the war zones, is inconsequential to this criminal. The same goes for neighboring countries like Turkey, Jordan, or Iraq. If WHO does not call Assad fro his war crimes, it is only helping spread the virus.

And this is the time to do it. When the whole world is paying attention to this invisible enemy. All WHO has to do is come up with a projected scenario of containment, or lack of in the case of Syria, to warn the region that Assad policies are accelerating the spread of the virus outside Syria. World leaders would have no choice but to act to stop this madman from intentional harming of so many outside Syria by harming the few in Syria.

How hard for WHO to act and show true leadership now! Or face more mounting criticism for hiding facts and its own lack of accountability in Syria.

Assad is Blocking Coronavirus Testing to Areas Outside His Control