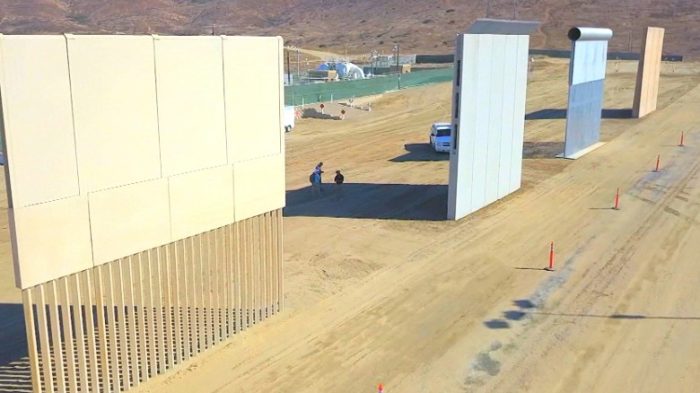 A controversial promis Donald Trump made, on his campaign trail, was to build a wall along the Mexican borders. After several failed attempts to fund the wall, Trump now wants our military to pay for it. However, Syrian oil billions can build Mexican wall.

Maybe someone around Trump can point to him the obvious. The Assad regime has signed an agreement with the Wagner Russian mercenaries company to free the oil wells in return for 25% stake. Why are we abandoning 25% to a Russian oligarch who is listed on our sanctions list? Why no Trump adviser suggested he could pull that 25% as a condition before leaving Syria to build the wall?

How different is that from Barack Obama abandoning the U.S. defense missile system in Poland in return for … northing?

Even better, our troops can capture 100% of these oil fields to pay for every red cent expended on Syria. To include keeping our forces to protect those oil fields. And to build a first-class wall. Leaving behind billions of dollars to our enemies is not representative of the art of the deal.

Every dollar the Trump Administration keeps from Assad, Khamenei, or Putin is one dollar less from threec budgets of terror by three terrorist nations. Syrian oil billions can build Mexican wall. Netter a wall than killing innocent Syrians.

It is possible that in the secret agreement to remove Assad regime change from U.S. intention list, the United States also gave away the oil fields in the bargain. The art of the dea? Hell, no.

The same international laws the United States applied to siphoning the wealth of Qaddafi for its Libya bombing campaign can also apply to Syria. Syrian oil can build Mexican wall on the condition that the United States remains in Syria to protect our interests from the Mullahs and Putin.

Asking our military to set aside billions for a civilian project is juvenile thinking. Barack Obama has cannibalized our military to a skeleton. Now is not the time to ask them to sacrifice à la Barack.

Besides, most Syrians think neither Assad, nor Iran should have access to the oil.