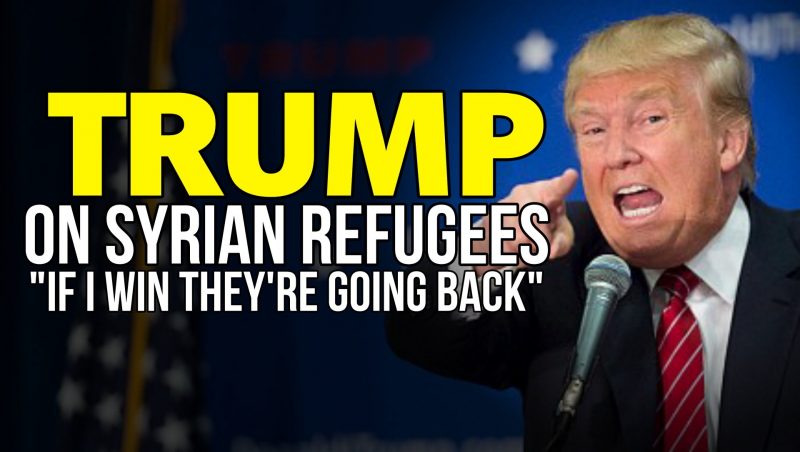 Joyce Karam reports in The National, a UAE newspaper, about a U.S. Administration statement with regard to the atrocities Baschar al-Assad is committing against his own people in East Ghouta. For Syrian-Americans, we have learned, some time ago, that words are meaningless. Like Obama, Trump useless words zero action against Assad atrocities are no consolation to the people of Syria, nor are they helpful either because they raise expectations and inflate hope. Hopeless hope.

Ms. Karam, whose good pen has been supportive of the people of Syria, writes:

With the reported death toll in Eastern Ghouta exceeding 670 since the air bombardment started on February 13, the US administration upped the ante on Friday, threatening the Assad regime that it “will not tolerate the atrocities” and calling on Russia to immediately uphold a ceasefire all over Syria.

The White House, following Donald Trump calls to Germany’s Chancellor Angela Merkel and French President Emmanuel Macron, issued a statement on Friday that stresses the urgency of the situation in Syria.

The leaders agreed that “the Syrian regime, and its Russian and Iranian supporters, should immediately and fully implement United Nations Security Council Resolution 2401” calling for an immediate ceasefire across Syria, it said.

The Syrian people have had almost six years of the Barack Obama wimpy era of uttering pointless words against the Assad regime that were as effective as putting a 9 iron to a 200-yarder. They know today how utterly meaningless those words were. If anything, Obama was helping Assad commit his crimes when he released $150 Billion to Iran with his horrible Iran Deal. Trump may not be helping Assad as Obama has, but Syrians today are looking for action, not words. The crimes have been committed, where is the price to pay? The Chlorine Gas has been released, where is the price to pay?

Let us not fool ourselves this time around as well by paying attention to Trump useless words zero action against Assad. Our president calling on Russia to uphold the ceasefire his good Ambassador Nikki Haley negotiated out of the Putin gang is like Obama calling on Khamenei to support the June 2009 Iranian Revolution. Trump will not go further than that against Putin the same way Obama, the cowardly president, stood by Khamenei while Iran killed innocent civilians in Syria. How unlucky a people could be when two successive U.S. presidents are admirers of the two leaders whose countries are committing crimes against Syrian civilians?

We hope we are wrong because Donald Trump has demonstrated some brilliance when he bombed the airport used by Assad to gas women and children. But since Assad continues his war on his own people, Trump useless words zero action is unacceptable. Nor will Assad stop if words is all he has to be concerned with. Maybe the president’s National Security Adviser H.R. McMaster has taken notes this time around, and if action is taken, the U.S. may be wise to teach Assad a lesson he could never forget.

Like Obama, it does not seem to bother anyone in this administration that the evil trio Assad/Putin/Khamenei keep making America look like a fool.

Thanks to Israel, half of Assad’s own defense radars have been taken out. Assad is as vulnerable as can be. Yet, the West, even in the absence of ISIS, hesitates to finish the Assad regime once and for all. You will find Assad replacement among the endless line of secular modern Syrian leaders waiting for a serious western move against Assad to step up. The hesitation is simply mind boggling considering the threats this man has demonstrated he is capable of. There is no Winston Churchill in America or Europe. By contrast, today’s leaders are podium-climbing dwarves.

Iran has embedded itself in Syria so deeply it will take a herculean effort to dislodge its tentacles of terror. Yet, there is no genuine effort or a serious policy anyone can point to out of this administration to confront Iran and its threats. All we get are useless words followed by hollow emptiness followed by tweets aimed at distracting the masses.