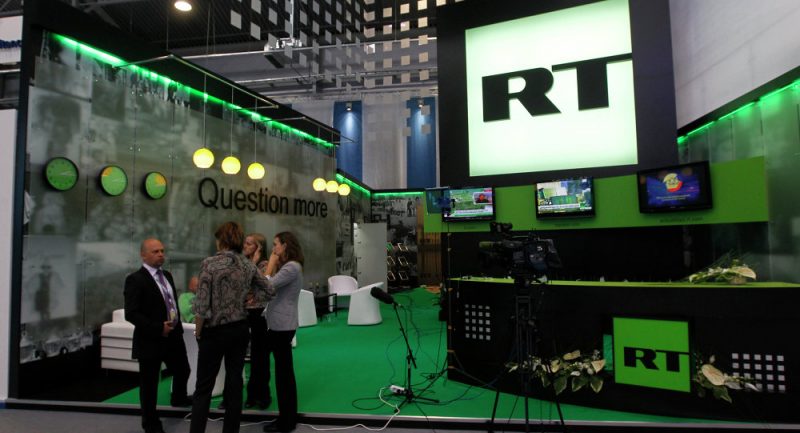 Cable operators and digital providers in the U.S. have blocked RT TV channel from their line-up in the Washington market. The cited reason has to do with their new status as a “foreign agent” TV channel. Washington Putin propaganda machine bites the dust in the market where it matters the most.

U.S. intelligence agencies have called Kremlin-backed RT “Russia’s state-run propaganda machine” and accused it of contributing to Moscow’s campaign to interfere with the 2016 U.S. presidential election, something Russia denies.

The U.S. Department of Justice forced RT to register as “a foreign agent” in November last year, a designation that requires it to disclose financial information.

Margarita Simonyan, RT’s editor-in-chief, said on Thursday evening on social media that the channel was being “kicked off the air” in Washington because of its status as “a foreign agent.”

Kremlin spokesman Dmitry Peskov told a conference call with reporters on Friday that lawyers were examining the case.

“These cable providers announced that they won’t provide their services to RT,” said Peskov. “Lawyers are examining the details, but as of now and at first glance it looks like a groundless decision.”

It’s a very worrying tendency. They are demonstrating a discriminatory policy towards the media in the U.S., which probably breaks the law and contradicts all these statements about freedom of speech which we hear day and night from Washington.

Russia will attempt to use U.S. laws to skirt the ban. This step to limit Russian interference is one of many the United States is about to levy against Putin for his 2016 elections meddling.

Russia has been bombing Syrian civilians in Syria and using RT TV to justify its death machine.

Look What Putin is Doing to Britain – How Could We Not Choke His Economy?
S-300 Missile Defense Batteries Marketing Ploy
Trump Levies Sanctions Against Russia for Election Meddling
Putin Propaganda 73 Syria News 1210