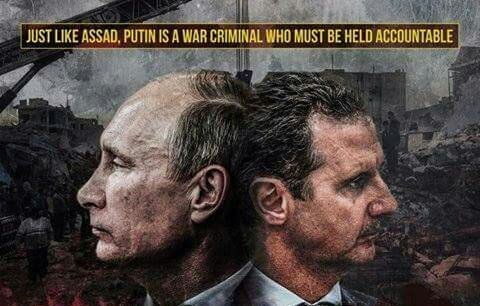 Russian economy is hit hard by the sanctions the United States levied against Russian meddling in the U.S. 2016 elections and Syrian intervention. Markets are tumbling across the board as Russians assess the damage of these sanctions. Clueless Putin experiences American mighty economic pull.

In a Bloomberg article by Ksenia Galouchko and Yuliya Fedorinova titled “Russian Markets Slide as U.S. Ups Ante With Worst Sanctions Yet“, both wrote:

The most punitive U.S. sanctions yet to descend on Russian companies and oligarchs are battering the nation’s assets as the Kremlin scrambles to contain the damage.

In the first trading day since dozens of Russian tycoons and companies were slapped with penalties, Moscow-traded stocks headed for the biggest drop in four years, the currency slid the most in the world and the nation’s credit risk soared.

Among those named by sanctions were Oleg Deripaska, who owns aluminum giant United Co. Rusal. Revealing the potential ripple effect of being cut off from its western clients, Rusal said on Monday it was highly likely to default on debt. Its shares tumbled 28 percent in Moscow.

Vladimir Putin risk-taking measures against the United States are coming home to roost. His belligerence at the United Nations, in the face of the criminality of his protege Baschar al-Assad, has rubbed many powerful nations the wrong way. The audacity of poisoning Sergei Skripal, in an assassination attempt, shows the extent of his disdain for western response. His economy today is witnessing the results of his gross miscalculations.

This is an encouraging sign for John Bolton and President Trump. It should encourage the President and Ambassador Bolton to pull Syria from Putin’s orbit in one quick, smart move using the next bombing campaign as a catalyst. Russian response will most likely be one of a trapped mouse gunning for freedom from a sanctioning cage.

Is Assad worth your economy Mr. President?