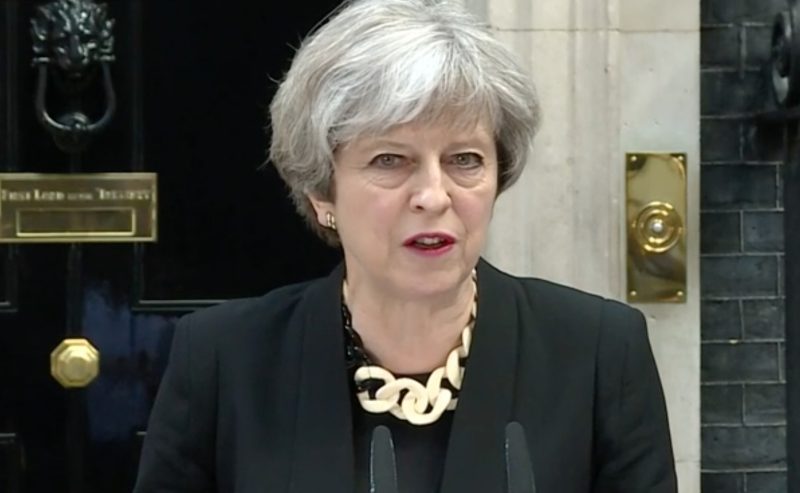 British Prime Minister Theresa May and U.S. President Donald Trump have said the world must act to ensure those behind a suspected chemical attack in Syria are held to account, as the United States considers a multinational military response. US Britain united behind Assad regime action.

Trump on Monday promised forceful action in response to a suspected Assad poison gas attack that killed at least 60 people and injured more than 1,000 others, according to a Syrian relief group. U.S. officials said military options were being developed.

May spoke with Trump by telephone on Tuesday afternoon, agreeing that the reported attack was “utterly reprehensible” and that the international community must respond to uphold the worldwide prohibition on chemical weapon use.

“They agreed they would continue working closely together and with international partners to ensure that those responsible were held to account,” a statement from May’s office said.

May had earlier agreed the same thing in a call with French President Emmanuel Macron.

A White House statement said Trump and May “agreed not to allow the use of chemical weapons to continue”.

May is wary of the domestic political risks of promising military action, and has so far focused on the need to discover the facts about the attack and establish a common international response.

But she has also said that those responsible must be held to account and British diplomats have indicated that all options remain on the table.

Britain currently conducts air strikes in Syria from its military base in Cyprus, but only against targets linked to the Islamic State militant group.

Parliament voted down British military action against Baschar al-Assad’s government in 2013, in a major embarrassment for May’s predecessor, David Cameron.

When asked whether Britain would join the United States if Washington decided on further military action in Syria, May on Tuesday declined to answer the question directly.

“We believe that those responsible should be held to account,” she told reporters in Cambridgeshire.