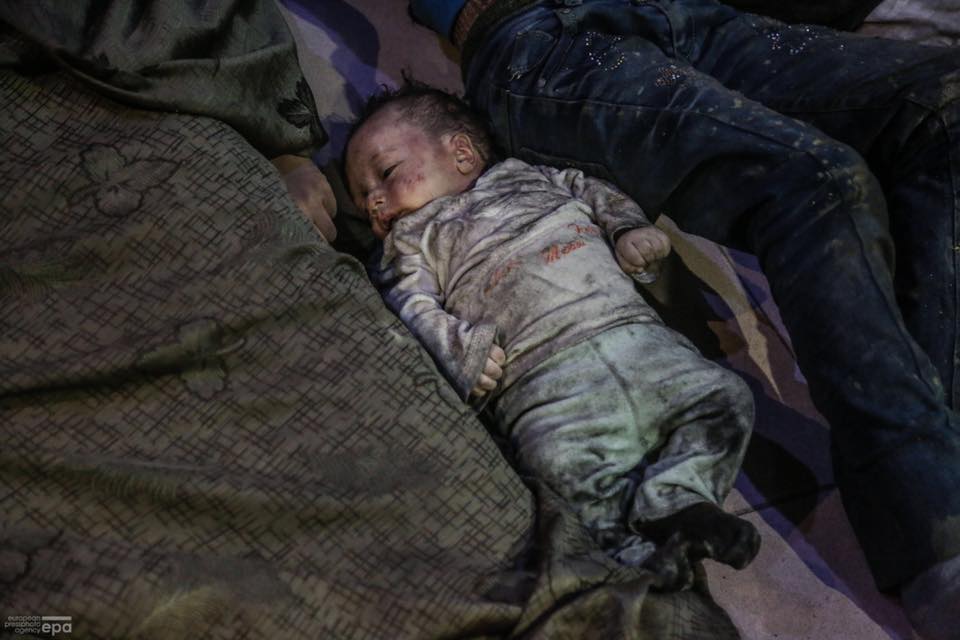 April 9, 2018 9:39 pm 0
US Britain United Behind Assad Regime Action
Syria, Etc.
Why the Alawites of Syria Will Cease to Exist

On Monday, U.S. President Donald Trump promised forceful action against the Assad regime in response to a deadly suspected chemical weapons attack in Syria. He appears to suggest a potential military response.

Speaking at a meeting with military leaders and national security advisers, Trump said he would make a decision by Monday night “or very shortly thereafter” on a response, adding that the United States had “a lot of options militarily” on Syria. Dictators tend to build sprawling centers of power each with its own Achilles’ heels.

The President told the media gathered:

The suspected chemical weapons attack late on Saturday killed at least 60 people, with more than 1,000 injured in several sites in Douma, a city near the capital, Damascus, according to a Syrian aid organization.

Initial U.S. assessments have so far been unable to determine conclusively what materials were used in the attack and could not say with certainty that Baschar al-Assad’s government forces were behind it.

Trump said, however, that Washington was “getting more clarity” on who was responsible for the attack.

U.S. officials told Reuters that Washington was weighing a multinational military response. For the second time in less than 24 hours, Trump and French President Emmanuel Macron spoke by phone to coordinate their response, the White House said.

Asked at a Cabinet meeting earlier on Monday if Russian President Vladimir Putin bore any responsibility for the attack, Trump said: “He may, yeah, he may. And if he does, it’s going to be very tough, very tough.”