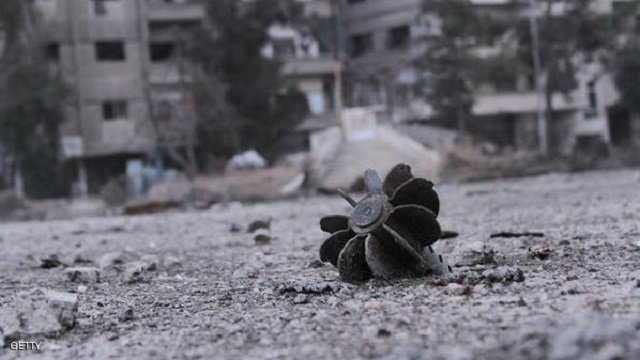 Who is Behind Attacks on Civilians in Damascus?

Many who are about to read this article will simply nod their heads in agreement, but even more would shake theirs in disbelief.

There has been a slew of attacks on civilians in Damascus in districts that are known for two facts: They are all Sunni civilians inhabitants and they are all impoverished.

One such district is called the Abbasseen.

The Assad regime, beginning August 25, has assembled several type of mortars in the main Abbasseen stadium it has used to fire on the whole district. It then accused the rebels fighting the regime in Douma of killing the Abbasseen civilians.

That was their excuse to attack Douma in an effort to ethnically cleanse the district.

Why such chicanery? Because the Assad regime has embarked on an a very large ethnic cleansing campaign that would guarantee only the minorities would occupy regions west of Damascus into the Baalbek region in Lebanon under Hezbollah’s control all the way up north to the coastal region.

In other words, Assad wants to carve Syria to continue threatening Israel as a proxy to the Iranian regime of terror. Contiguous lands to move weapons and materials are essential for the Assad resistance doctrine.

Under this scenario, Doctors without Borders has detected a case of Mustard Gas in north Aleppo. Could this also be another one of Assad’s deceptions to deflect from his own chemical weapons crimes he has yet to halt? The family affected in Aleppo was Sunni, which should give everyone a pause if you fully know intimately how the Assad regime operates.

At TFS, we would imagine that if ISIS had access to Mustard Gas, it would have made page one in every US media because it would have a dangerous impact on American lives and Western Europe.

We are betting on the former factor though. We are betting it was Assad who delivered a small dose of Mustard Gas just to get his propaganda machine spinning in the right direction. The last thing Assad wants is less publicity about ISIS, which means more bad publicity about his regime of terror.

Who is Behind Attacks on Civilians in Damascus?