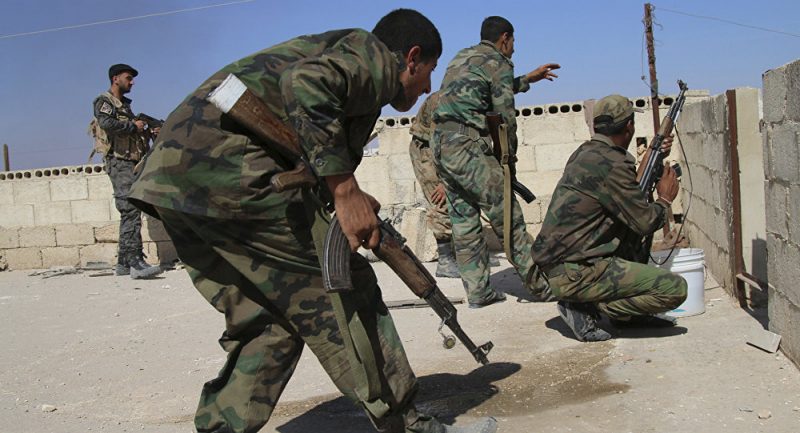 April 10, 2018 5:55 am 0
An EU Show of Solidarity, a Clash, and a Veto
Arabs Remain Living in the Dark Ages
Catholic Pope Francis Appeals to Orthodox Patriarch Bartholomew I

Syrian war monitors say government forces and their allies are on alert and taking precautionary measures at military bases and posts across the country amid fears of a military attack by the United States. Assad troops fleeing high risk targets where the U.S. may strike.

The measures come as President Donald Trump is threatening an imminent military strike against Syria, vowing to respond “forcefully” to Saturday’s apparent chemical weapons attack on civilians and warning that Russia or any other nation found to share responsibility will “pay a price.”

Syrian dissident groups said that as of Monday night, troops have been on a 72-hour alert. They were fleeing high risk targets.

The Sound and Picture Organization, an activist collective in eastern Syria, said on Tuesday that Iranian fighters and members of Lebanon’s Hezbollah group have evacuated their positions in the Boukamal area, near Iraq’s border.

In an Op-Ed for the Washington Post titled “Trump’s strikes on Syria last year were pretty popular“, Amber Phillips wrote:

Trump ended up authorizing an attack on a Syrian military airfield, and it quickly became one of his most popular foreign policy decisions to date, among both mainstream Republican lawmakers and Americans. Two-thirds of Americans approved, including nearly 90 percent of Republicans and a noteworthy 48 percent of Democrats, according to an April 2017 Fox News poll.

It is highly probable that the next wave of strikes against the Assad regime will be more lethal and more sustaining. Firing 59 missiles on a military base, last time around, did not do the trick. President Trump, with John Bolton by his side, is more likely to make Assad pay the BIG PRICE he tweeted. This explains the Assad troops fleeing high risk targets; along with the Iranian and Hezbollah fighters fighting alongside the regime.