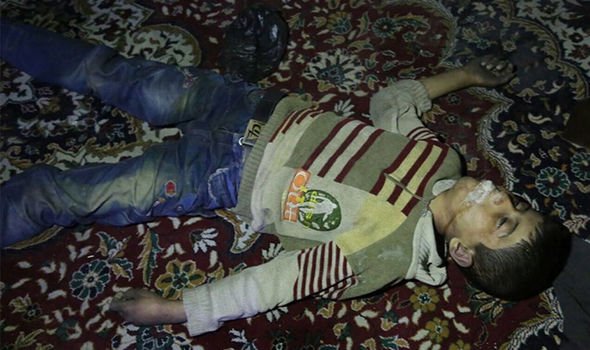 April 8, 2018 6:45 am 0
Reconciliation without Assad
Mr. President, should you not do more to protect the civilians?
Putin and Assad Using Migrant Crisis as a Weapon

Estimates range from dozens to 700 Syrian civilians who died Saturday in a suspected chemical weapons attack on the last remaining rebel stronghold in the Eastern Ghouta area. On anniversary of US bombing Syria Assad attacks Syrian civilians again.

The only interpretation to this chemical attack is Assad challenging the United States. The regime must feel confident no other U.S. attacks are forthcoming. It chose the anniversary to send exactly that message.

It is highly improbable for Assad to send such a signal without some assurances to the contrary. Those assurances, most likely, come from Russia. Are they due to Russian confidence in their own defense batteries, or are they the result of Trump making a promise to Putin, during his infamous congratulatory phone call, never to bomb the Assad regime again. Trump followed with an ill-advised Syria pull out that only emboldened Putin even more.

It is also possible that Donald Trump, Jr., who has opened a secret communication channel with Randa Kassis, an Assad ally, may have been passing messages between Trump and Assad. Everything is possible with Trump.

The volunteer rescue group, White Helmets, wrote on Twitter that a helicopter dropped a barrel bomb filled with chemicals on the city of Douma. The organization said on Twitter.

“Entire families in shelters gassed to death in Douma EastGhouta hiding in their cellars, suffocated from the poisonous gas…”

The tweet was accompanied by gruesome images of apparent victims of the alleged attack, including women and children, with foam around their mouths.

The pro-opposition Ghouta Media Center said that 75 civilians were killed in the attack and 1,000 affected by the attack.

It wrote on Twitter that a “barrel was dropped by Assad helicopters around 9:00pm” adding that it contained “toxic sarin gas” and that some activists had “reached bodies in some basements.”

The aid organization UOSSM also reported on a potential chemical weapons attack that it said had killed 25 people and injured more than 500.