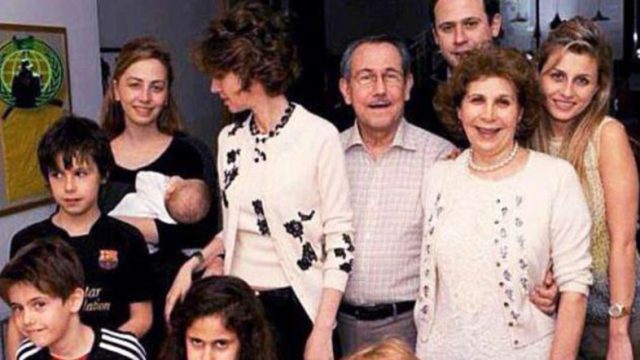 Undeterred by threats or shaming, Assad continues to use chemicals to kill his own people, all civilian women and children exclusively. Let this Blog serve as a miniature guide to stop Assad chemical attacks now entering their fifth year (First attack was in August 2013).

Baschar al-Assad does not operate based on logic civilized western politicians default to in their quest for persuasive arguments. The man, Syrians have dubbed the butcher of Damascus, reminds us of a certain European past and dark history when civilians were considered as fodder for extreme goals of madmen and mass exterminators.

In the matter to halt Assad perpetrating horrible gas attacks, the United States has relegated herself to the minor role of a finger pointer to shame Russia rather than the more potent role of a prosecutor serving justice in the name of humanity. Those American diplomats at the U.S. State Department, tasked with developing a strategy to stop Assad chemical attacks from recurring, must know Russia too well to know that shaming a Russian is like shaming a hibernating bear for sleeping. Russians running the Kremlin den are as prone to shaming as Jeffrey Dahmer is to veganism.

You cannot shame Vladimir Putin because he is another mass murderer who has been testing his latest destructive weapons against civilian hospitals in Syria. Hello, US diplomats.

America must resort to different tactics than those Rex Tillerson, our Secretary of State, seems to favor knowing well how futile they are. Our bold U.N. Ambassador Nikki Haley has better ideas than to play a schoolteacher to drunken bullies.

Here is our guide to stop Assad chemical attacks short of taking his Air Force out of commission, an idea which seems to have entered the phase of collecting dust in some Pentagon drawer.

When a country breaks apart from humanity by using chemicals against its own people, international laws we abide by must be tossed aside. Shackling ourselves with these laws only perpetuate the chemical attacks. Assad is counting on this.

There are three things a dictator fears the most. Losing power, losing his money, losing the comfort of his family.

Historically, the United States has concentrated often on regime change with little success without boots on the ground. Confiscating the money of a dictator or waging a war against the comfort of his own family are elements that our sanctions gurus seem to either miss or not consider because of international laws. Remember how Mexico got to Pablo Escobar? Through his family.

The United States must develop a strategy to harm Assad’s pockets and take away the comfort of his own family. In the case of Assad, we are in luck because one automatically partially leads to the other.

The London-based Akhras family, Assad-in-laws, live comfortably while protecting a portion of the Assad assets with investments in Britain and elsewhere. There are no laws that say Britain cannot pursue the family for a number of corrupt practices to throw their patrons in jail and to confiscate Assad assets in the process. In fact, Britain just passed laws against Russian oligarchs that are well-positioned to reach a Syrian oligarch in Assad’s in-laws.

Several members of the Akhras family, threatened with jail time, would go a long way to stop Assad chemical attacks and/or the production of Sarin for which he agreed to during the Obama era. Arrest many members of the Akhras clan and keep them jailed as long as Assad is in power; as a guarantee for the butcher of Damascus to abide by international laws.

Furthermore, prohibit any of his children to seek education or leisure time in any western country. The U.S. must tighten the noose around those Assad cares about the most to get any meaningful results.

Take away any comfort the Assad family and his in-laws enjoy is the best way to stop Assad chemical attacks.

Unless, of course, some top U.S official (Like John Kerry) remains glued to the notion we strike a deal with Assad for which the butcher of Damascus would abdicate from attacking our troops in Syria in return for his protection and that of his family.

In this case, all we have left is shaming the Russian chemical winks.