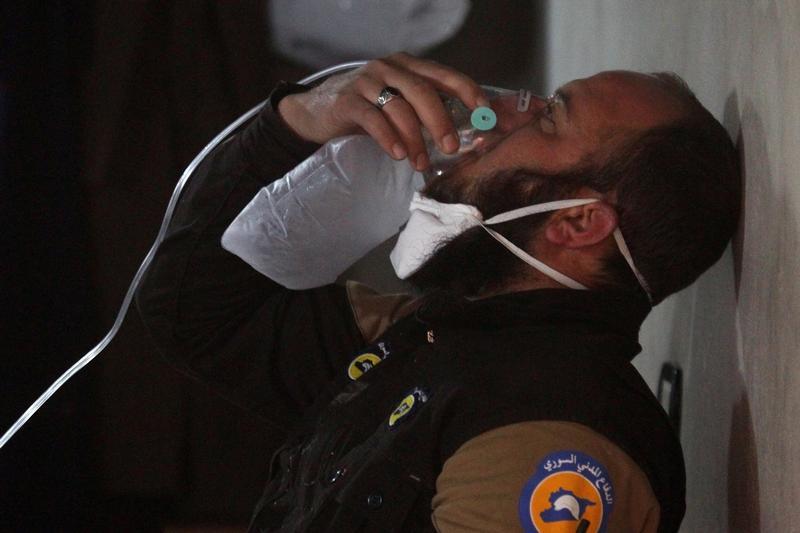 Russia Muddies the Waters on Chemical Attacks in Syria

In recent weeks, Russia has repeatedly questioned the work of a United Nations inquiry created to figure out who used chemical weapons to attack a rebel-held town in Syria last April, killing scores of people.

Members of the inquiry, called the Joint Investigative Mechanism (JIM), are expected to deliver the report to the UN Security Council later this month. While we do not know the investigation’s conclusion, another UN-appointed commission of inquiry and Human Rights Watchfound Syria’s government was most likely responsible for the attack in Khan Sheikhoun, a town in Idlib.

The Syrian government and its ally Russia, on the other hand, have argued that anti-government armed groups were likely responsible.

The upcoming report seems to make Russia nervous. On October 6, the Russian UN ambassador sent a letter to the Security Council with a set of recommendations for the JIM, including what sites it should visit. On October 13, another Russian ambassador made similar points at the UN General Assembly.

Russia, like any other country, certainly can raise questions about the inquiry, but there is a difference between raising legitimate concerns and undermining the credibility of the inquiry or impose views on experts. A few recent events suggest Russia is trying to interfere in the investigation.

Russia has repeatedly told the investigators how to conduct their work, even asking them to test for the nerve agent, sarin, used in the attack, at particular places. Russia seemed to pressure the investigation, saying it will carefully examine the Khan Sheikhoun report before deciding whether to support extending the inquiry, which expires on November 17.

Yet Russia did not appear to harbour the same concerns regarding the inquiry’s findings around chemical weapons use by ISIS.

On Friday, Russia’s defense ministry misconstrued a travel warning by the US State Department to suggest the US has found that a particular anti-government armed group was responsible for the attack. But the State Department travel warning said, “ISIS, Hayat Tahrir al-Sham, and other violent extremist groups” had used a range of tactics, including chemical weapons, making no mention of the Khan Sheikhoun attack. It is hard to see Russia’s misrepresentation of this statement as anything but a deliberate attempt to muddy the waters.

Russian officials have repeatedly condemned the use of chemical weapons in Syria and called for a full and impartial investigation into the Khan Sheikhoun attack. Russia’s actions in the next few weeks will indicate whether it is truly committed to accountability for chemical weapons use in Syria, or whether it is mainly trying to shield its allies in Damascus.

Russia Muddies the Waters on Chemical Attacks in Syria