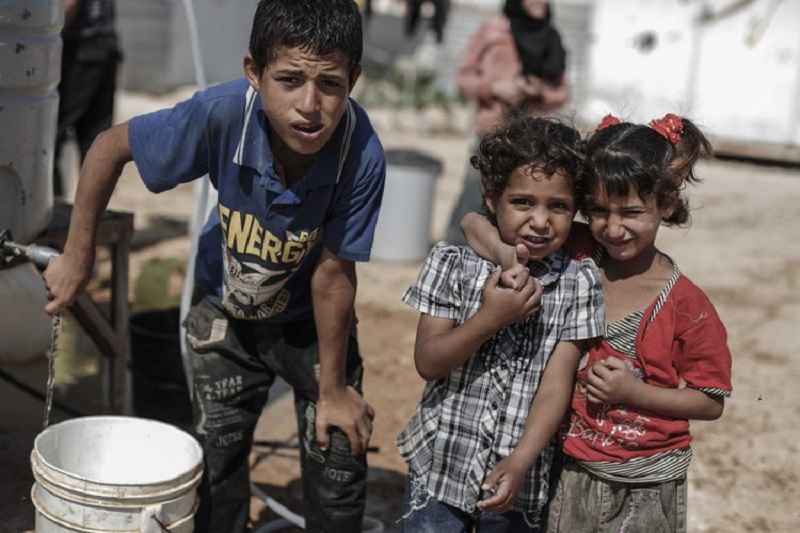 Fifty Years of Prosperity and Happiness in Syria

November 15, 2020 9:20 am 0
Bashar al-Assad is Syria’s problem, not its solution
Does Anyone Really Believe Assad Has Won in Syria?
Ignore Chemical Assad Calling Civilian Opposition Terrorists

Yes, that’s right. You read the right title. Syrians have enjoyed fifty years of prosperity and happiness in Syria like no other country in the world has under the rule of the Assad family. In fact, we dare anyone to propose any other system in the world that has accomplished as much as Syrians have over the last fifty years. Israel, move over. We beat you fair and square.

What are those accomplishments you ask? Well, for starters, and because of the incredible high level of scientific education and the Assad family spending billions of dollars to fine-tune the research departments of our universities, Syrians can be proud to claim over 50 Nobel Prize recipients in the fields of sciences. We dare you to name another country with such accomplishments. All because of the Assad family.

Did the world think Syrians just plastered the pictures of Assad all over Syria for nothing? We did it because our great commander Assad, and heir to the greatest dynasties ever, has built the greatest country on earth. Roman Empire? A joke. Chinese dynasties? They are dwarfs in comparison to what the Assad family has done for Syria. What Hafez and his son Baschar have accomplished will be studied in thousands of history books across many future civilizations. You mark our word.

So why, you ask, America is intent on sanctioning the fifty years of prosperity and happiness in Syria? The answer is one simple word: Because America is jealous. Every American President that ascends to power, bar none, has had his first cabinet meeting address the brilliance of Syria as a country. Americans are jealous of our economy, our political system of unfettered freedom, and our societal order, which is not built on race or religious affiliations. That’s right. Syria’s modernism is the envy of the world, and especially the United States. In addition to Russia and China.

Why do you think Vladimir Putin has installed his troops in Syria? To steal our secret for success. To get into the brilliant brain of Assad in order to emulate his accomplishments back home.

In mathematics, for example, Hafez, son of Baschar al-Assad, is a true genius. There was a rumor circulating in Syria that Hafez is as dumb as they come. Even Jack Moore of  Newsweek wrote an article it titled “Math Problem: Syrian President Assad’s Son Bombs at Mathematics Competition in Brazil“. We told you the Americans are jealous. They cannot fathom that our brilliant president has been beating them at their own game since his father came to power in Syria 50 years ago.

Countries are so jealous of what the Assad family has achieved in Syria that they have accused our revered and dazzling president of kidnapping Americans like Austin Tice and others. These are all untrue accusations. What they don’t tell you is that the real kidnappers of Austin Tice in Syria were six very old British ladies who were just a bit too lonely. They since have shipped him back to England. What does this got to do with our president? Let the western intelligence services find him instead of accusing our brilliant Assad of malfeasance. Tice is probably somewhere in the south of England. Maybe Brighton.

That’s not all. They also accused Assad of gassing women and children. Come on man. Why would a successful president who has built such a powerful, happy, and prosperous country gas his own people that love him so dearly? The Syrian people love Assad so much, they torture themselves and commit suicide just to show their respect. Did you not see the evidence in the 55,000 images that an official government photographer named Caesar smuggled out of the country? This is called love folks. When thousands of people starve themselves to death and then die for their leader.

FIFTY YEARS OF PROSPERITY AND HAPPINESS IN SYRIA

Look at the people Assad has surrounded himself with. They are the most respected individuals on a global level. One of them will certainly become the next U.N. Secretary General. Yet, some accuse them of inhuman atrocities. Really? And the United States keeps sanctioning them wrongly. There is a rumor in Syria circulating that President Trump wanted the same people to govern all around him. Tough luck America, lucky Syrians have them.

Any way you dice it, there is no reason not to respect the Assad dynasty for its achievements in Syria over the last fifty years. Everything Syrians enjoy today, in terms of economic power, freedoms, rule of law, unparalleled education and respect for the individual are the results of the policies the Assad family has deliberately activated to make Syria the most prosperous and happiest nation on earth.

Fifty Years of Prosperity and Happiness in Syria