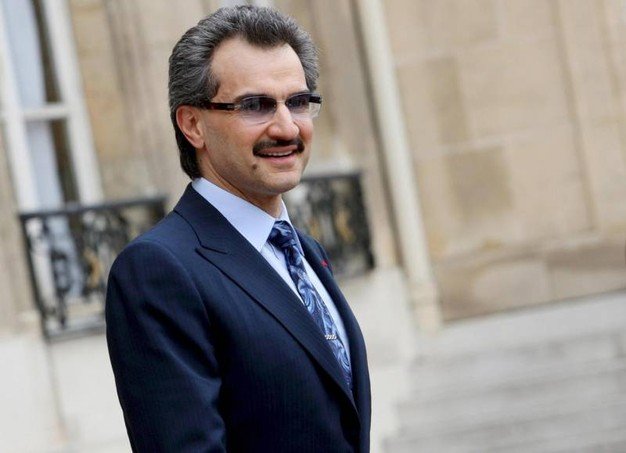 Saudi Arabia shocked the world yesterday when it arrested several major business and princely figures for alleged corruption. One of those arrested was prince al-Waleed bin Talal whose name and face are quite familiar to western leaders and readers. By a stroke of good luck, Falafel was granted access to interview the prince now under house arrest at the Ritz Carlton in Riyadh. Thus, Falafel interviews Prince al-Waleed bin Talal.

Noteworthy is the fact that many Saudi billionaires amassed their wealth during eras of past kings. As they all faded into the background with the crowning of new kings, their power remained intact as a result of their wealth. Nothing threatens the new king-in-waiting prince Mohammad bin Salman (MbS), whose rocket ascendancy to become the crown prince was facilitated by his father, than loose billions capable of creating internal problems to his rule.

The charges leveled against all these Saudi billionaires is an attempt at stripping them from funds the new young prince fears they could be used to depose him. The timing of the arrests is suspect, which happened a day after the Houthis of Yemen attacked the Riyadh Airport with a ballistic missile Saudi Arabia intercepted and also a day after the prime minister of Lebanon, who has a Saudi citizenship, resigned from his post.

Three major events in the span of two days is quite unusual for Saudi Arabia. Falafel will try and make sense of them when Falafel interviews Prince al-Waleed bin Talal.

Falafel entered the royal suite at the Ritz-Carlton for his quick interview.

Falafel: Prince al-Waleed, thank you for the interview.

ABT: I understand you live in Washington D.C. and that you have once interviewed President Trump.

ABT: Can you please, upon returning, let him know that I did not mean to offend him with my Tweet.

Falafel: Do you think the real Donald has something to do with your arrest?

ABT: His son-in-law met with our future king last month.

Falafel: Don’t you think this is too conspiratorial?

ABT: With Trump, anything is possible, and nothing is impossible.

Falafel: My understanding is that Jarred Kushner met with MbS to discuss listing Aramco on the NY Stock Exchange.

ABT: Among other things.

Falafel: Why were you arrested?

ABT: There is the official reason and the unofficial one.

Falafel: The unofficial one please.

ABT: I believe the NSA picked up on some chatter, taking place among those arrested, that would have led to an internal coup to remove MbS from power.

Falafel: Were you one of the conspirators?

ABT: No. I happen to have insulted your president with my tweet. This is his payback.

Falafel: Why would these powerful Saudis want to remove MbS? He is a liberal prince who has decreed women can drive and whose focus on Iran is necessary to defeat the Mullahs.

ABT: Most of those arrested are committed Wahabbis who saw MbS as a threat to their extreme ideology.

Falafel: What do you think will happen to you?

ABT: I will be charged with trumped-up corruption charges, stripped of my wealth in Saudi Arabia to include my listed companies. Taking control of my overseas assets will be a different matter unless your president designates my status under the counter-terrorism understanding the U.S. has with Saudi Arabia. MbS will take full control of the billions these men own to make sure his authority cannot be questioned by those who can have an impact.

Falafel: The timing of your arrest coincides with the launch of a ballistic missile by the Houthis targeting the Riyadh airport. What gives?

ABT: Our story, spinning around combating corruption, covers up a bigger one.

Falafel: Why do you think Hariri resigned as PM of Lebanon?

ABT: Missed that event because, as you can see, I can only watch Mickey Mouse on my TV.

Falafel left the Ritz-Carlton with a sense of Déjà vu: The Steele anti-Trump report covering up Hillary’s email server story.