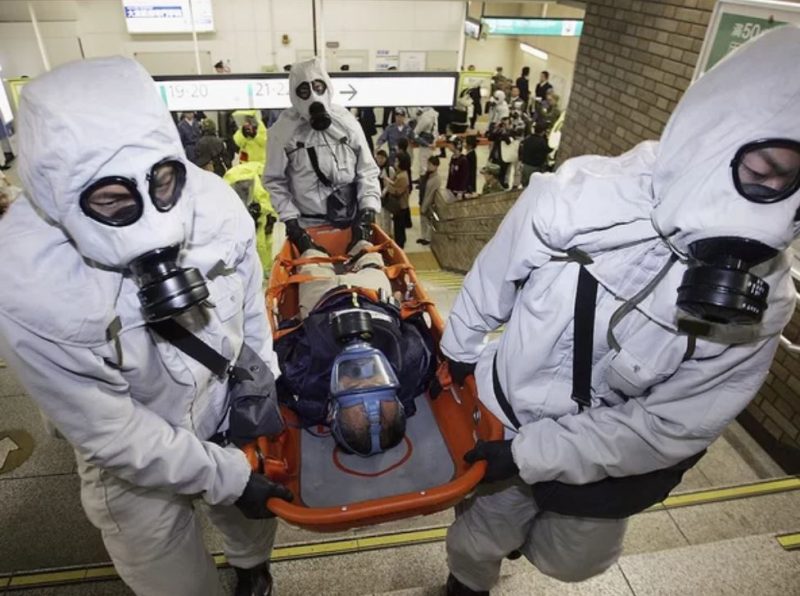 November 4, 2017 9:51 am 0
Sarin Attacks Were Carried Out by Bashar al-Assad’s Forces
When Assad Believes West is Stupid
Iran Demonstrates Trump Impotency at the United Nations

TFS Note: Below is a White House statement blasting Assad for his crimes. Now that IS has been almost defeated in Syria and Iraq, TFS expects the pressure on Assad to rise as part of a campaign to encourage other candidates to step forward from within the Alawite sect. The US would send the worst signal to other thugs around the world if it permitted Assad to rule after his savagery and barbarism.

Notice how the statement omitted the word “President” to describe Assad.

On October 26, the United Nations-Organization for the Prohibition of Chemical Weapons Joint Investigative Mechanism (JIM)—an independent, technical body established by unanimous vote of the UN Security Council—released its most recent report on chemical weapons use in Syria. The experts of the JIM concluded with confidence that the Assad regime used the chemical weapon sarin on April 4, 2017, in Khan Shaykhun, killing more than 100 of its citizens, many of whom were children and women. This unconscionable attack marks the fourth time that the JIM has confirmed that the Assad regime used chemical weapons, underscoring the brutal and horrifying barbarism of Bashar al-Assad and making the protection provided by Russia even more egregious. Russia’s attempts to undermine and eliminate the JIM show a callous disregard for the suffering and loss of life caused by the use of chemical weapons and an utter lack of respect for international norms.

All those who use chemical weapons must be held accountable. The United States implores the UN Security Council to renew the mandate of the JIM so that we may continue to identify the perpetrators of these horrific attacks and send a clear message that the use of chemical weapons will not be tolerated. Countries that fail to support the work of the independent investigators stand in direct opposition of all standards of reasonable international conduct. Especially in light of the recent findings, all countries should understand the importance of the JIM’s work and that it is critical that such work continue. Our collective standards for human decency make it imperative that we do all in our power to deter such use of chemical weapons in the future.

The Death Toll From Syria’s War Is Actually 470,000
What if Assad survives?
From One Syrian Infant to Trump the Infant: Stop Praising Putin
Assad Genocide 429 Radicalism 567 Syria 450 Syria News 1213 Things That Matter 382