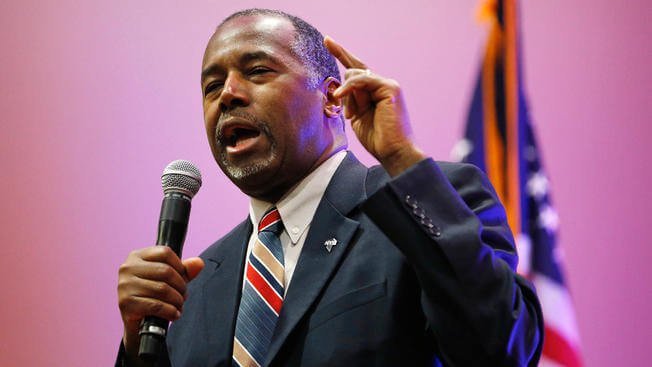 Republican presidential hopeful Ben Carson traveled to Jordan to meet with Syrian refugees Friday, according to his campaign.

“Dr Carson and a small group are in Jordan,” a campaign aide said. “There was no intention to make this a press event. He is there fact finding, listening, learning and meeting.”

The goal of the surprise trip is to better understand the refugee crisis stemming from Syria’s brutal civil war, his campaign told The New York Times, which was first to report the news — and the trip comes as he struggles in the race with a renewed focus on foreign policy and national security.

Carson left for Jordan late Thanksgiving Day, The New York Times reported. He will visit the United Nations-run Azraq refugee camp in the northern part of the country, stopping at a clinic and hospital.

The Carson campaign said there would be no public events but it may release pictures and a statement after the visit.

The retired pediatric neurosurgeon is also bringing soccer balls and Beanie Babies for children in the camp and visiting a women’s and girl’s center, according to the Times.

Carson told the Times it’s best to have “firsthand knowledge” of a situation.

“I want to hear some of their stories, I want to hear from some of the officials what their perspective is,” Carson told the paper in an interview before he left. “All of that is extraordinarily useful in terms of formulating an opinion of how to actually solve the problem.”

The candidate, who has never held elected office, has faced increasing scrutiny on foreign policy after the Paris terrorist attacks.

He has been under fire for claiming the Chinese were fighting in Syria, for awkwardly flubbing a question on “Fox News Sunday” about which country he would call first to build a coalition to fight ISIS and for initially agreeing with opponent Donald Trump’s claim that American Muslims in New Jersey celebrated the September 11 terrorist attacks. Carson later clarified that he remembered the celebrating had happened overseas.

Like virtually the rest of the Republican field, Carson does not support allowing Syria refugees into the United States as President Barack Obama is trying to increase the number that are allowed to enter.

Carson says the risk of terrorists entering the country through the refugee process — which takes 18 months to two years to complete — is too great and that the U.S. should instead establish “safe zones” in the Middle East and Syria where refugees can find protection.

The candidate also faced criticism for making an analogy to “rabid” dogs in relation to terrorists infiltrating among Syrian refugees, in response to which he blamed the media for twisting his words.