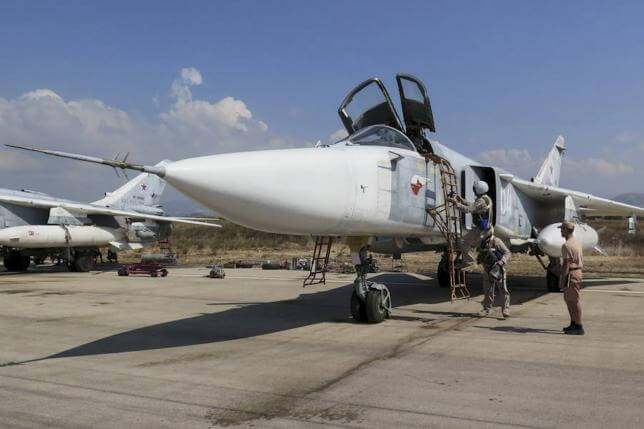 Putin Is Looking For a War Against Turkey

Russian air strikes in northwest Syria have heavily targeted ethnic Turkmen areas, according to a Reuters data analysis that helps explain rising tensions between Moscow and Ankara in the weeks before Turkey shot down a Russian warplane. Putin is looking for a war against Turkey.

Putin knew that violating Turkish airspace would create the ripe conditions to start that war since attacking Turkmen inside Syria did not draw the Turkish Government to respond.

Tuesday’s incident marked the biggest clash between a NATO member and Russia in half a century, and has drawn threats of economic retaliation from the Kremlin. Turkey says the plane strayed into its airspace, which Moscow denies.

Long before that, Turkey had condemned Russia’s bombing of towns and villages in the north of Syria’s western Latakia province, areas it says belong to Syrian Turkmen, who are Syrians of Turkish descent.

Russian Defense Ministry data, collated by Reuters, shows the bombing raids have struck at least 17 named locations in Turkmen areas since President Vladimir Putin ordered them to begin on Sept. 30.

Russian missiles have destroyed targets in towns including Salma, Ghmam and Kesladshuq to the west of Syria’s Alawite mountains, according to the data, an area humanitarian groups say is ethnically Turkmen.

Salma, which has a majority Turkmen population, has been bombed on at least eight occasions and has found itself at the center of some of the most geographically concentrated strikes.

Russian jets have hit 15 separate named targets within a 13 km (8 mile) radius of the town, which is used as a base by Turkish-backed rebels in their fight against Syria’s psychopath Baschar al-Assad. Putin is looking for a war against Turkey to punish them for their anti-Assad position.

“The Russians were heavily bombing Turkmen villages before the downing of the plane,” said Samir Alo, head of the Higher Council of Turkmen in Syria. “Thousands of Turkmen families have been driven to the border.”

Turkey, the United States and other NATO members say Russia is also hitting rebels opposed to Assad allowing the IS militants to make advances on the battlefield.

“How could a campaign against Islamic State be conducted by bombing these rebels which are actually battling Islamic State?”

The Russian Defense Ministry did not respond to written questions submitted by Reuters on the latest data.

Putin Is Looking For a War Against Turkey