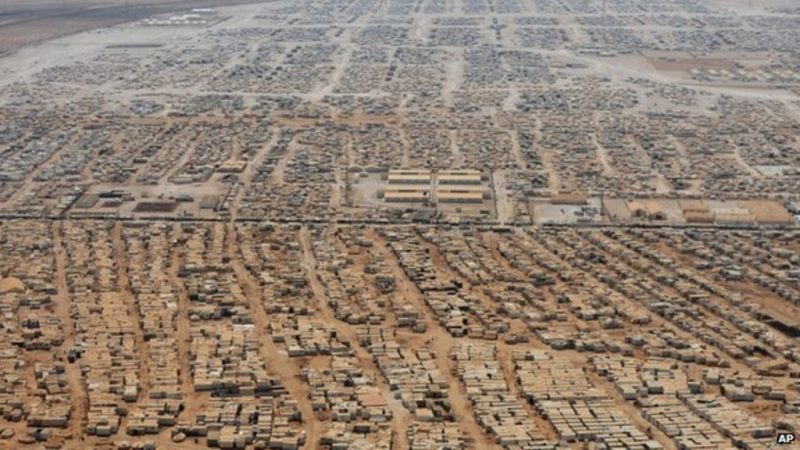 January 11, 2013 4:04 pm 0
Assad Desperation is Becoming an Embarrassment
On Syria Biden Got Away With Murder
Assad Stays Terror Increases, Here is the Proof

This morning, the Kingdom of Saudi Arabia (KSA) announced a $10m donation to help 30,000 Syrian refugees in Zaatari camp in Jordan experiencing unseasonably cold winter with torrential rain to boot. Syrians are thankful to KSA’s Arab largesse, which comes to about $334 a person. Enough to get some warm clothes and some better living standards until the cold subsides.

Syria’s destruction will need much funding after Assad is removed from power. Some estimate it to top $200 Billion. We are removed from the final tally though because the destruction has not abated yet.

Incidentally, for those who believe Assad can win or can re-build Syria, you need to ask yourselves whether the vindictive Assad will actually attempt to rebuild. If he is willing who will fund the rebuilding? Russia? Iran? This point is moot and that’s why Assad needs to go. It’s in the best interests of everyone in Syria to embrace a vigorous Assad-less rebuilding program.

Once Assad is removed, Saudi Arabia and Qatar will have to step-up big time with their Arab largesse to rebuild the country. This will further the wealth in both countries within their own small business communities. It will also have an impact on Western companies willing to use their expertise to help Syria stand tall again. One would assume that any companies helping the Assad regime needs not apply because there will be a momentarily black list. There is no need to look back to see the future.

It is safe to say then that the countries with the largest aid package will wield the biggest influence. The leadership in Qatar will see Syria as a grand opportunity for one marksmanship on Saudi Arabia, the country recognized with the most financial impact in helping the Lebanese recover from their own civil war.

Add the new retrenchment policy of the United States and you will understand why the Alawites and the minorities of Syria will fight to death. Qatar, within its narrow wisdom, is helping the Muslim Brotherhood gain power in Syria aided by the Erdogan Government of Turkey. Qatar, in effect, is indirectly extending the civil war in Syria.

It is also safe to say that within the third leg of a foreign policy Fred Hiatt was able to relate in his Op-Ed this morning in the Washington Post, America will have little to say about what happens in Syria. Its aid will shrink to non-existence under the Obama new vision of diminishing US powers. Thus, resulting in almost no influence in Syria.

Syria’s future, with all its heritage and history, will be yielding to the new oil and gas civilizations on the block. Our sense tells us these new relationships will not be exactly without pain even though we do not doubt the leadership in Qatar will not intentionally impose any humiliating policies; but it won’t be a honeymoon either .

Arabs from the Levant and N. Africa in the 60’s were responsible in building countries like Saudi Arabia, Kuwait, UAE, and Qatar. Our fathers and mothers, grandfathers and grandmothers were the accountants, the bureaucrats, the teachers, and the policymakers who helped these lands emerge from the desert heat as rising powers. Will Syrians be embraced for that work or be humiliated for believing they made Qatar what Qatar is today?

Will the Qataris pay back with wise policies or will their Arab largesse use Syria as a sponge to advance their own civilization without the Syrians they could not build?

To quote Coco Chanel, she said:

Qatar curbing their support for the Muslim Brotherhood will answer that question.