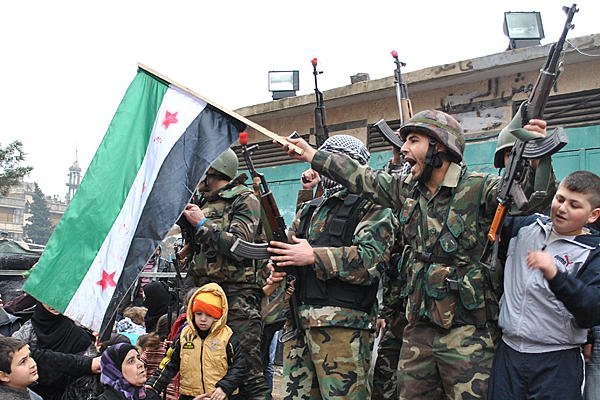 Here is a story that reminds us of a counter terror Monday morning quarterbacks. In a Bloomberg story, Matthew Olsen, Director of the US National Counterterrorism Center, is suddenly concerned about the number of young Muslims flocking to Syria. All to join extremist organizations to fight the Assad regime.

“The war is providing both a rallying point and a training ground for radical Islamists from other nations, according to Matthew Olsen, director of the U.S. government’s National Counterterrorism Center. Their numbers are increasing and the radicals, such as those joining the al-Nusra Front, an offshoot of the terrorist group al-Qaeda in Iraq, are now “the most capable fighting force within the opposition” to Syria’s [psychopath[ Baschar al-Assad, he said.”

Maybe it has finally dawned on the Obama Administration that the trail of failures in the Middle East are too massive not to lead to that foolish moment Mr. Clinton mentioned when relying on polls. Maybe Mr. Obama and his team of specialists are beginning to anticipate better the predictive damage to their legacies.

It all began the moment Mr. Obama neglected to heed the advice of US allies and chose instead to listen to the Islamists.

It all began the moment Mr. Obama believed he could strike a deal with Iran.

It all began the moment Mr. Obama turned his full attention to domestic issues in the hope the world would look to the UN for global leadership.

It all began the moment Mr. Obama handed Mr. Putin a gift in the dismantling of the Missile Defense Systems in Poland. Their uncomfortable picture together during the last G8 Summit expressed Mr. Putin’s “Where is my next gift?” attitude as opposed to Mr. Obama’s “I showed you goodwill in Poland, your turn now” attitude.

Our solution for Syria. as a counter terror Monday morning quarterbacks, is the following:

Now sit and wait for Assad to falter and implode and for Hezbollah to shrink and Iran to panic. If Putin makes a sound, expose his corruption to the world. He knows by now how much the NSA has against him.

What good is the power of the United States if it cannot use it when urgently needed?