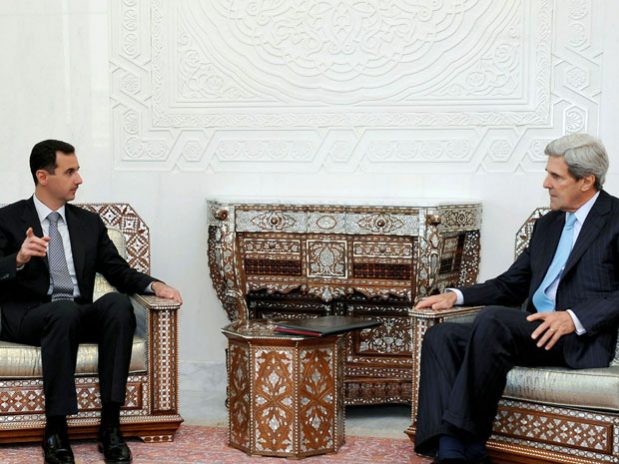 If you ask any immigrant with few years of experience living in the US what makes America stand out if compared to other countries, we bet that at least one in one hundred will tell you that the US is the land where there is a manual for everything. This Blog is about the State Department substantial damage estimator.

This is truly the country of manuals and guides. A quick input of the word “manual” in the online catalog of the Government Printing Office will yield 19,182 publications. This number excludes manuals many other departments print on their own; which may run in the hundreds of thousands no doubt.

There is even a manual for FEMA to assess damage called “The FEMA substantial damage estimator (SDE)”, which brings us to our point.

Why then, can’t we have “The State Department substantial damage estimator” where successes and failures of US Policies in the Middle East can be assessed independently and measured against either direct results such as calculated, non-abstract benefits to US interests, or indirect results such as what good or harm that policy produced in terms of people, organizations, and countries?

Imagine if the US Government measured its own Diplomatic successes or failures and published the results in order to improve. In other words, take accountability away from the hands of politicians, more in tune with scratching backs, and place it in the hands of actual performances measured with a strict set of rules. Would that cause too much turmoil because the other political party can use it against an incumbent President? Isn’t this what politics are all about? Measure success with real data rather than leave it to hope and change or some other slogan to decide its outcome.

Come to think of it, we already do this elsewhere. If we can measure the results of economic policies by publishing the Gross Domestic Product numbers scientifically, why not measure the results of diplomatic policy successes scientifically as well? A candidate for President can cite unemployment numbers in addition to an index highlighting costs of policies vs. their rewards.

What use does the Inspector General Office serve if it cannot inspect properly those Departments? They have the potential to cost the US taxpayers billions of Dollars in the future as a result of bad Policies. We say establish the State Department substantial damage estimator.

There are people working for State, as an example, we would sing their praise every day. Why? Because even when they follow orders, they always find a way to make a bad policy turn some positive results (If there is such a thing as voting for the best Diplomatic move every year, our vote goes for the visit by Ambassador Ford to Hama). There are, as well, Diplomats at State who are easily influenced by Arab dictators. We should keep them circulating from one cocktail party to the next until they retire. That’s the best you can get out of those people because they are incapable of independent thinking.

The US Diplomatic world is fraught with standards that are unable to deal with evil; the real evil your average Diplomat in an average cocktail party never speaks of; the one the United Nations welcomes with open arms to sit on Human Rights Commissions. Evil is ignored because it is convenient to those who speak and write words to leave those who load and fire guns out of their way. Their words, they reason, will eventually solve all problems with enough time and enough trial and error repeats. At what cost, we never know.

Measuring diplomatic successes and failures takes the erring of humans out of the whole equation. It leaves it in the hands of cold-hearted calculated risks vs. rewards metrics.