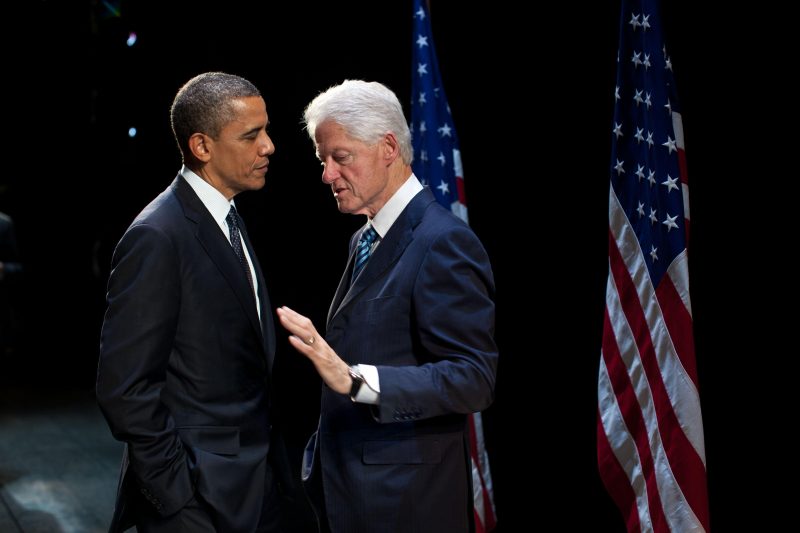 Who is the Real President? Barack or Bill?

The experts told the inexperienced Obama to arm the well-vetted officers defecting from the Assad army who formed the nucleus of the Free Syrian Army. The FSA pro-US leaders were the most moderate and secular dissidents the US could have dreamed of supporting, but Obama’s lack of experience showed clearly, when hey ignored the heavenly gift before them. Who is the real President? Barack or Bill?

The experts told the inexperienced Obama Assad was butchering thousands and burying them in mass graves, but his domestic agenda of was too distracting to justify paying attention to the experts.

The experts told Barack Obama Iran is sending snipers and IRGC killers to help Assad, but he ignored those warnings because maybe the cocktail parties preceding the next round of negotiations with Iran may have been too good to pass up.

The experts told Obama Assad will turn the war into a sectarian one and may spill it into neighboring countries, but Obama discounted their warnings as if the experts were telling him there are WMD in Iraq.

The experts told Obama Assad was gassing civilians, so he drew a red line by the water edge of a beach called Appeasement Bay.

The experts told Obama Hezbollah is now involved in fighting for Assad openly in Qusayr and if Hezbollah wins, it would be a disaster, but the experts might as well have told Obama they saw a pig flying after a potato.

THEN, an ex-President speaks.

President Bill Clinton told Obama he would be a fool to think he can point to a 10-year old poll showing Americans were against interference to justify today’s disastrous results, and suddenly Obama stood up like a soldier facing an officer and began paying attention.

Obama is even arming lightly the rebels although he is too timid to say it publicly for fear of offending Iran.

Tell us, who is the real President of the United States of America.

The one domestically entrenched in battles and ignoring US interests abroad or the one who knows how, with one sentence, to separate 4 years of service by his wife from the failed policies by the one occupying the Office today.

How bad is it for America when one President acts only when berated publicly by an ex-President from the same Party?

It takes much more to be the President of the United States than read well from a teleprompter.

Who is the Real President? Barack or Bill?