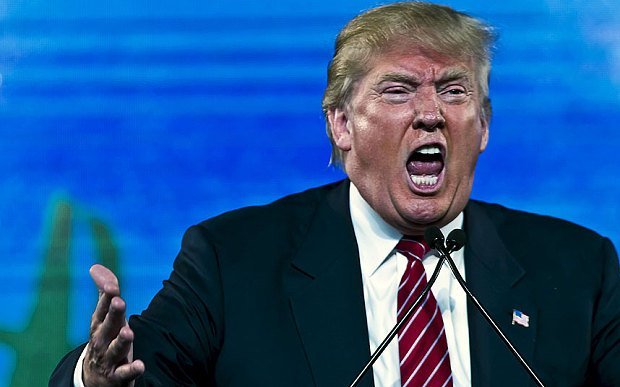 Following Donald Trump’s string of Super Tuesday victories, politicians, editorial writers and ordinary people worldwide were coming to grips Wednesday with the growing possibility the brash New York billionaire might become America’s next president – a thought that aroused widespread befuddlement and a good deal of horror (see below).

And for the FIRST time in history, we agree with the world.

“The Trump candidacy has opened the door to madness: for the unthinkable to happen, a bad joke to become reality,” German business daily Handelsblatt wrote in their commentary. “What looked grotesque must now be discussed seriously.”

And who would know better than the Germans about “grotesque” elections? The fervor and blind-support Trump has been receiving from Americans is very reminiscent of the fervor exhibited by the masses in Germany’s 1932-3 elections (when Hitler and the Nazi Party came to power).

One only need look on social media to get a taste of Trumpkins – as Trump supporters have been derisively named – especially on Twitter, where Trump tweets every unfiltered thought. Facts are irrelevant and as Trump himself has admitted: “I could stand in the middle of 5th Avenue and shoot somebody and I wouldn’t lose voters.”

Equally troubling is in addition to the ‘angry vote’, Trump is attracting many White Supremacist groups, anti-Semites and other assorted bigot and racists. And while it would be unfair to blame a candidate for his supporters, we can’t help but wonder what it is about Trump that attracts such haters?

Americans would be well-served to keep in mind, throughout this election season, a very important quote by Voltaire: