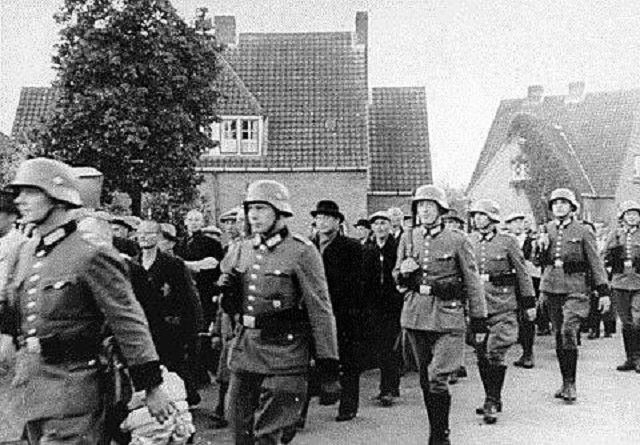 Now We Know How The Jews Feel Every Day

December 9, 2015 12:16 pm 0
Obama Launches Iranian Terror Against Arabs and Jews
Barack Obama is Happiest When Jews Suffer
‘When we told them we were Jews from Israel, they kissed us’

There is something uncommonly strange going on in the psyche of the American people that opportunists like Donald Trump are tapping into to turbo charge their ambitions. Its cruelty is both surprising and troubling. As American-Syrians and American-Muslims, now we know how the Jews feel every day when someone targets their religion or their traditions.

Grant you, Jews never perpetrated acts of violence or terror by forging their own Jaish al-Yahud or al-Zion to kill and behead those who refused to convert to Judaism, but for the Muslims among us who reject to abide by anything less than peaceful co-existence and separation of State and Mosque, we are truly perturbed by this new phenomenon of vocalizing hate for Muslims so openly and so easily. Such vocalization is not happening by the frivolous Reverends of Farrakhan or Wright but by the top running candidate for a U.S President of a major political party.

Responsible Americans need to open their history books back to Germany in 1930’s to grasp where hate could lead. And anyone who attempts to replicate our post Pearl Harbor behavior with regard to the internment of the Japanese-American communities to justify for today’s unsettling reaction should consider that in 1940’s, there were 73 million Japanese with little resources and where globalization was not even invented. Islam today boasts 1.6 billion Muslims with immense resources America needs, and trade America cannot do without (weapons, technology, etc..). Saudi Arabia alone is buying $60 billion worth of American weapons this year. Imagine the effects on American jobs this could have if Saudi Arabia instead turned to Europe and Russia fully for its weapon acquisitions.

Hating Islam is self-defeating. Standing up to Muslim terrorists is the duty of every American to include all American-Muslims as well as Donald Trump. Those who cannot tell the difference are bigoted monomaniacs. Donald Trump has placed his own personal ambition above America’s best interests when he ignored the difference.

Any candidate for President who believes he can fight Islamic terror without the support of allied Muslim countries he is so willing to offend is not fit to become a U.S. President. If Trump is nominated, we are going to witness a backlash from the 57 member states in the OIC. Their warnings would be as explicit as Donald Trump bigotry is, unless Donald Trump thinks he can triumph over the anger of 1.6 billion Muslims.

With what is going on, now we know how the Jews feel every day. Maybe we American Muslims should feel hated, scorned, and the target of persecution to temper our own sensitivities when it comes to people whose belief system is different than ours. Maybe Donald Trump is a blessing in disguise whose antagonistic rhetoric and warped ideas help us feel what the Jews of Germany felt as the Nazi Party was rising with its hate message.

At least, now we know how the Jews feel every day when antisemitism prevails.

Now We Know How The Jews Feel Every Day

‘When we told them we were Jews from Israel, they kissed us’
Barack Obama is Happiest When Jews Suffer
Obama to American Jews: Block Iran Deal and Rockets Will Fall on Israel Either Way
Elections 2016 39 Radicalism 547