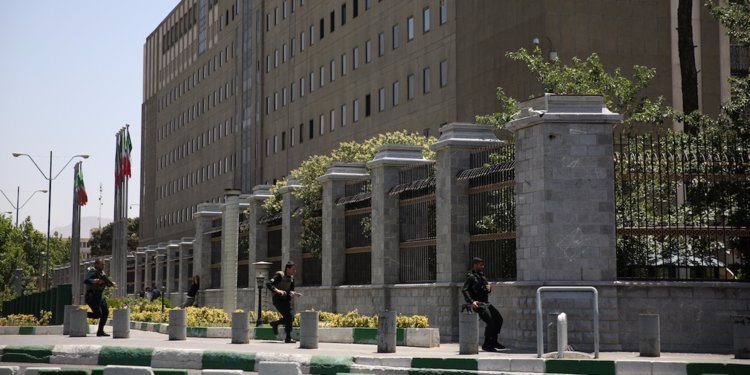 March 25, 2018 8:08 pm 0
Slow Syrian Israeli War Conducted Deliberately
Watch out for the Trolls, the Moles, and the Foals on Social Media
Terrorist Khamenei Losing His Grip Over Iraq

The inescapable conclusion is that Iran will not negotiate away its nuclear program. Nor will sanctions block its building a broad and deep weapons infrastructure. The inconvenient truth is that only military action like Israel’s 1981 attack on Saddam Hussein’s Osirak reactor in Iraq or its 2007 destruction of a Syrian reactor, designed and built by North Korea, can accomplish what is required. Time is terribly short, but a strike can still succeed.

Rendering inoperable the Natanz and Fordow uranium-enrichment installations and the Arak heavy-water production facility and reactor would be priorities. So, too, would be the little-noticed but critical uranium-conversion facility at Isfahan. An attack need not destroy all of Iran’s nuclear infrastructure, but by breaking key links in the nuclear-fuel cycle, it could set back its program by three to five years. The United States could do a thorough job of destruction, but Israel alone can do what’s necessary. Such action should be combined with vigorous American support for Iran’s opposition, aimed at regime change in Tehran.

We respectfully dare to differ.

Bombing nuclear facilities will rally the Iranian people around the Mullahs to fight us another day. A nuclear Iran is a source of pride to the population-at-large.

However, bombing Iranian power centers will encourage the people of Iran to rise against their tormentors. The IRGC HQ, Ministry of Defense, Khamenei’s palaces along with other figures. In fact, the U.S. should bomb the private homes of the top 100 Iranian Mullahs, defense and IRGC officials after it gives them a 6-hour warning.

Not only will this lead to less Middle East tensions as Iran recoils to face domestic unrest, but it will also weaken all their proxies across the region such as the Assad regime, Hezbollah, the Houthis, and even Russia would stand down. Everyone will understand that America the giant is awake and fighting back.

Weakened proxies of terror provide our diplomats with grand opportunities to find permanent solutions for peace in the region. As it stands today, Iran is in full control of the region and America, thanks to Barack Obama, is no longer relevant. In fact, our diplomats, are twiddling their fingers waiting for Iranian breadcrumbs to tackle instead of commanding the whole political landscape after an Iranian regime change.

America must take control of the Middle East again to establish a new political order where terror, chaos, threats, and wars become a thing of the past.

The Mullahs are the head of the snake. Their power centers should be our bull’s eye. Bombing Iranian power centers will demolish the regime the people of Iran are ready to topple.