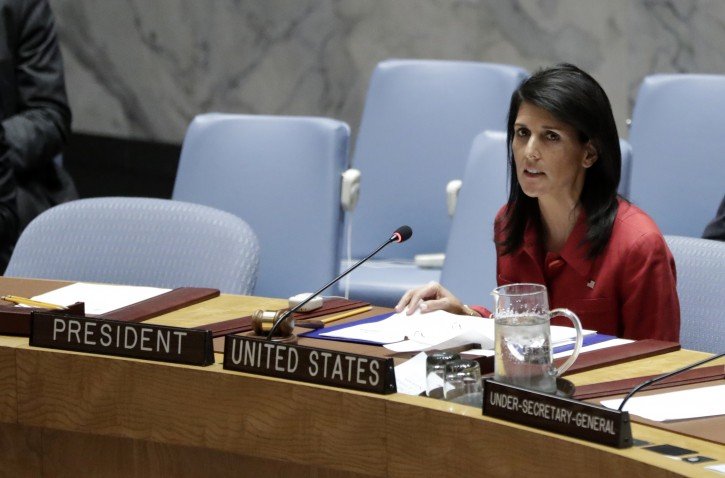 Ambassador Haley corrupt United Nations staff need exposure by names, duties, or systems. Especially names because without exposing their names, corrupt practices will continue. Who, in third-world countries, are on the payroll of Putin, Khamenei, and Assad voting their way whenever ordered to?

Here is a story to make people stop and think.

The Wall Street Journal wrote an article entitled “Kremlin Revenge in Guatemala” in which it stated:

The Russian state has a long arm when it wants to show its power. Igor Bitkov, his wife, Irina, and their 26-year-old daughter, Anastasia, have learned this the hard way. They fled Russia in 2008 and are now in Guatemalan prisons thanks to convictions that grew out of a claim by a Russian state bank that the family owed it money.

No plausible evidence was ever presented in Guatemalan court to prove the bank’s claim. But Guatemalan Attorney General Thelma Aldana responded to the Russian charge—and the urging of the United Nations’ International Commission Against Impunity in Guatemala (known by its Spanish initials CICIG)—to indict the family in April 2015 on related charges. The Bitkovs were convicted in January.

As the Wall Street subtitle stated: “A U.S.-subsidized U.N. commission helps bring about this dubious prosecution.” Our own UN subsidies are being used by Putin for his own personal acts of revenge. Ambassador Haley corrupt United Nations staff need exposure.

Few days ago, the United Nations, under an irresponsible excuse, provided Russia with coordinates of Syrian hospitals operating in rebel areas. It took two days for Putin to bomb one of those underground hospitals with armor piercing bombs only the Russians stockpile in Syria. Ambassador Haley corrupt United Nations staff need exposure.

To add insult to injury, in 2016, Secretary General Ban Ki-moon honored the Syrian UN Ambassador for his 10-year service. A service that saw the death of over 600,000 Syrians at the hands of his psychotic boss Baschar al-Assad. Do you think Assad gave Ban a one-of-a-kind Rolex for his pandering?

The United Nations is laden with corrupt men and women who, most likely, are on the payroll of violent authoritarian regimes. Those regimes dictate the agenda of the UN. This explains why there have been so many resolutions, in 2016, issued against Israel (20) and only 3 against Syria. For many years, Israel was treating Syrians in their hospitals; and for over 40 years the Assad family has been torturing, killing, and gassing their own people with deadly chemicals. Ambassador Haley corrupt United Nations staff need exposure.

If you want to read about the extent of the United Nations corruption, just scan the pages of UN Watch. No wonder the world is in a mess.

Who empowered the United Nations to its sorry state of today? Barack Obama. Who else?