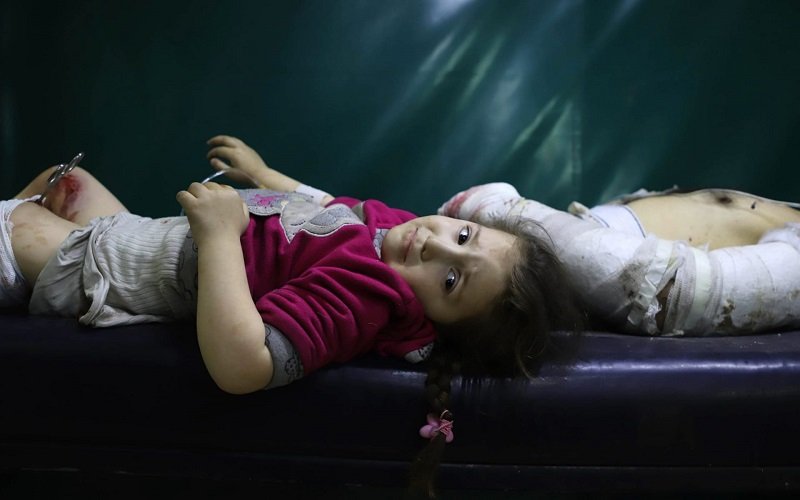 The UN had hoped making the locations public would either act as a deterrent or at least better enable them to establish intent should they later be attacked.

“There were 120 attacks on hospitals and medical facilities in Syria last year,” Jan Egeland, UN humanitarian adviser on Syria, told the Telegraph. “Syria is one of the worst wars on medical workers in recent history and part of the problem is there has been no functioning notification system to protect them.”

In other words, the feckless United Nations action was intended, to get a “Got ya” against Russia, kill innocent Syrians being treated in a hospital.

Many managers at the United Nations know the mindset of Vladimir Putin, a terrorist with a nasty habit of killing innocent people across many countries. Did someone think through that sharing such information could lead to more deaths? Apparently not.

The circumstances for sharing such information was clarified in this paragraph:

Mr. Egeland said Russia had offered assurances they would not target any of the facilities identified, while the UN would in turn provide Moscow assurances they were not being used by any armed groups.

Trusting Russia is like trusting your baby to a hungry barbaric beast. What was the United Nations thinking?

The article provided similar sentiments by Hamish de Bretton-Gordon, director of Doctors under Fire, an NGO that has helped tremendously the Syrian civilians, as well as adviser to the Union of Medical Care and Relief Organisations (UOSSM). He said:

They [Russians] have bombed hospitals with little thought, and have always given the excuse that they were harbouring terrorists, which is untrue. They act with impunity as there has been zero consequence so far. Until there is, why would they stop? It’s an extremely high-risk move.

There are many good people working for the United Nations whose hearts and souls are in the right place. However, when a story like this comes to light, it casts a long dark shadow upon the whole organization for whom the people may lose their trust in.

Never, ever trust Putin. He is a Neanderthal preying on Homo Sapiens.