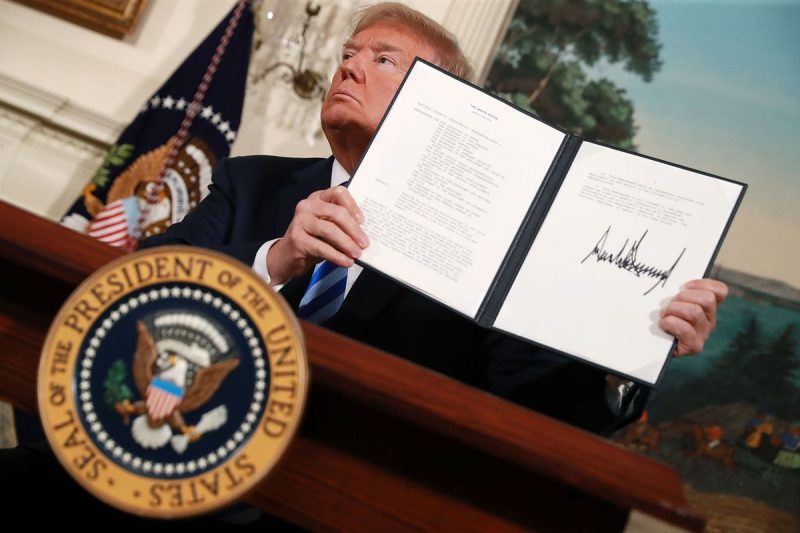 The Road to Tehran is Economic Pressure, not Steel and Fire

May 21, 2019 1:44 pm 0
Hezbollah Thugs Attacked Peaceful Demonstrators in Central Beirut
Neither Russia Nor Iran Can Be Part of the Syrian Solution
As Assad Destroyed Syria So Did Hezbollah Destroy Lebanon

The United States is on the right track when it comes to its policy towards Iran. We are showing resolve, but practicing restraint where and when it matters. The road to Tehran is economic pressure, not military might. However, taking our military out of the equation only invites trouble for America. Think circa Barack Obama.

Today, Iran is using the windfall cash Obama gave away to Tehran to build massive military to threaten even more.

Even the double entendre of President Trump playing both good cop and bad cop almost simultaneous is working. It is confusing the Mullahs. Their calculations are unstable because the assumptions upon which to build their scenarios have too many moving parts. The only constant is the unpredictability of Trump himself.

Many who oppose Trump’s policy on Iran are trying to whip up fears reminiscent of Iraq. False intelligence, build-up of assets, the US is invading Iran, etc. etc. In passing, one cannot but respond to the invasion accusation.

Anyone who is anybody who knows anything about wars and war planning will tell you certain countries with certain terrains, population size and mindset with regard to foreigners on their soil are too prohibitive for an invasion. Iran fits in that category. Vietnam in 1965 had half the population of today’s Iran.

It is simply illogical to invade Iran with such a bad history of hate and violence. Not even one million troops would suffice. Next time you read this kind of rhetoric, it is Iranian disinformation. It is pure fantasy to lay claim to an invasion scenario.

The Road to Tehran is economic pressure until the regime implodes. Not some Alice in Wonderland tale weaved by hacks.

Every oppressive government has its own Achilles’ Heels. In Iran’s case, there are two. The people of Iran willing to rise against a religious oppressive ignoramus; in addition to its economy spending too much on massive weapon build-up and relying on oil as its main source of revenues.

Iranians are willing to take to the streets en masse. As we all witnessed in June of 2009 only to watch Obama ignore them with utter contempt. Additionally, U.S. sanctions have reached a zero-sum game status. Zero oil exports in support of an endgame goal in Tehran. The only option is that we, and our allies, win and Iran loses. That’s it.

Economic pressure is the shortest distance between the people and the streets. Let the Iranian people rediscover themselves and the freedoms they are yearning to acquire. With a little help from Uncle Trump.

Just think of all the benefits the region would derive from a non-threatening, peaceful Iran willing to abandon vile terror backed by religious zealotry. Wars would subside, violence would abet, terror would wane, and bullying would peter out. Everyone would breeze a little easier with Iranian violence and terror eradicated.

Otherwise, we are looking at a region permanently sitting on a fuse that would ultimately draw us in while totally unprepared.

The Road to Tehran is Economic Pressure, not Steel and Fire