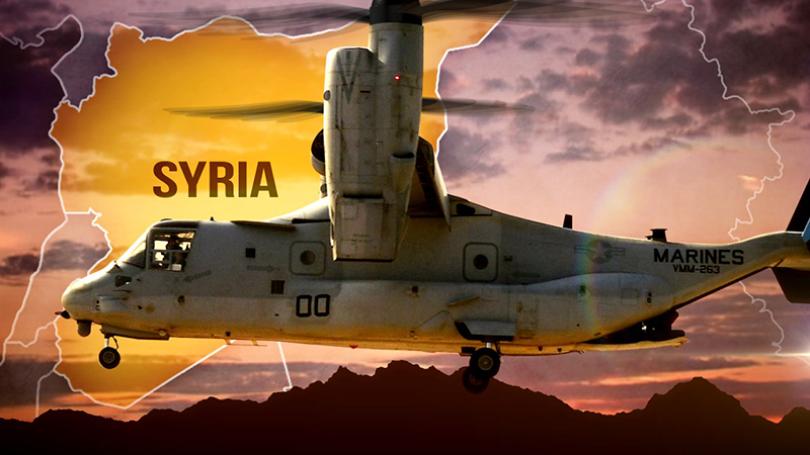 Trump Made Putin Day by Planning to Abandon Syria to Russia

Russia’s top diplomat said he is encouraged by U.S. President Donald Trump’s talk of reducing the U.S. military presence in Syria. Trump made Putin day by planning to abandon Syria to Russia and Iran.

At an event in Ohio last week, Trump said that the United States would be pulling out of Syria “very soon”. This despite the fact that the State Department had been insisting for months the U.S. needs to remain engaged there.

Today, Russian Foreign Minister Sergey Lavrov told reporters Moscow is concerned the United States has been “gaining a serious foothold” on the east bank of the Euphrates River. Lavrov brought up Trump’s earlier promises that the U.S. would leave when the Islamic State group has been defeated. Lavrov said Trump’s latest remarks show that “at least he is committed” to his original statements.

Russia has been a key backer of the psychopath Baschar al-Assad, ultimately helping to turn the tide of the devastating civil war in his favor. The United States helped Kurdish-led forces drive IS from much of northern and eastern Syria, and has hundreds of troops embedded with them.

An English dictionary explains collusion as “Secret or illegal cooperation or conspiracy, especially in order to cheat or deceive others”. When a U.S. President is under investigation for collusion with Russia, his decision to pull Syrian troops out of Syria provides bad optics to highlight his innocence.

The last thing President Trump needs is another concerted media and intel attack against his administration for comforting our Russian enemies. Especially, if things turn sour and ISIS makes a comeback from its underground hideouts in South East Syria.

Saudi Arabia has agreed, in principle, to fund Syrian stabilization and rebuilding efforts to the tune of $4b. This is why the president froze a $200m fund the United States generously donated for the same reasons. Our treasure stays home where it belongs.

But abandoning Syria militarily to Russia is a bad idea. It will come back to haunt us, one way or another.

We know Trump does not care about what happens to people in other parts of the world. Syrians have suffered untold tragedies in the last seven years. The Assad regime will pursue, in the next few years, to kill and torture all those who opposed his regime and their families.

How is Trump any different than Obama in facilitating the spilling of Syrian blood?

Trump Made Putin Day by Planning to Abandon Syria to Russia