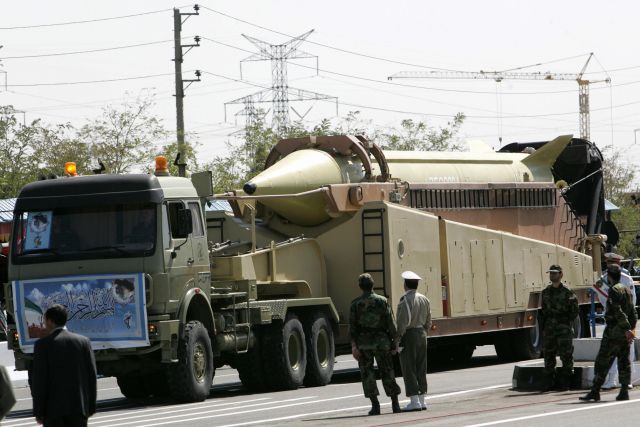 Time for Saudi Air Force to Strike Iran in Syria

June 11, 2015 11:11 am 0
Shift policy on Syria
Of Psychpaths and Cowards
No Apologies for Supporting Israel

Since Iran has denied its troops are stationed in Syria, maybe it is time for Saudi Arabia to strike any Assad supportive forces with its Saudi Air Force as it did to the Houthis of Yemen.

Iran can not claim Saudi Arabia is waging direct war against its forces now that iran absolved itself of its presence in Syria.

The next phase of Syria’s civil war will involve the use of sophisticated missiles Iran is surely transporting into the Latakiya region as this article is written. We believe this to be the big surprise Qassem Soleimani, head of the terrorist Quds Forces, alluded to some 10 days ago. If so, Saudi Arabia, Turkey, and Qatar must respond to this threat by using their air powers.

No country will succeed in defeating Iran with one hand tied behind its back. With the exception of the TOW missiles provided by Saudi Arabia to the rebels and a new unified front that helped the morale of the Syrian opposition, little has changed since the beginning of the war. Time for Saudi Air Force to strike Iran in Syria.

If the Houthis of Yemen have begun firing SCUDS at Saudi Arabia, one can almost be certain Iran is preparing to fire its missiles at the rebels now firmly lodged in the Idlib province juxtaposed to the Sahel region, home to the Alawite minority.

This means, Syria will see the Shahab 1 and 2 variety of missiles, which are based on the SCUD missile design, as well as the medium-range Fateh-110 and the Fajr-3, which could carry three warheads.

If Iran introduces this kind of weaponry into the Syrian theater, the escalation demands that Saudi Arabia, Turkey, and Qatar introduce a response to mitigate their high risk potential. We believe the answer to be the use of Saudi Air Force to strike Iranian weapons in Syria.

Israel has access to much satellite intelligence imagery it could use to support the Saudi Air Force to be effective against Iran. The U.S. has a highly sensitive NSA listening post in Southeast Turkey able to selectively pick-up and decipher any intelligence to crush any advantages Iran may have on the military battlefield.

Even if Obama refuses to cooperate against Iran, which is almost a sure thing since Obama is backing Iranian control of the region, between the know how and the technological advantages Saudi Arabia, Turkey, Qatar, and Israel have, they could break the back of Qassem Soleimani in Syria to break his legend into pieces.

Nothing like a demoralized Soleimani to win this war against Iran and Hezbollah.

Time for Saudi Air Force to Strike Iran in Syria