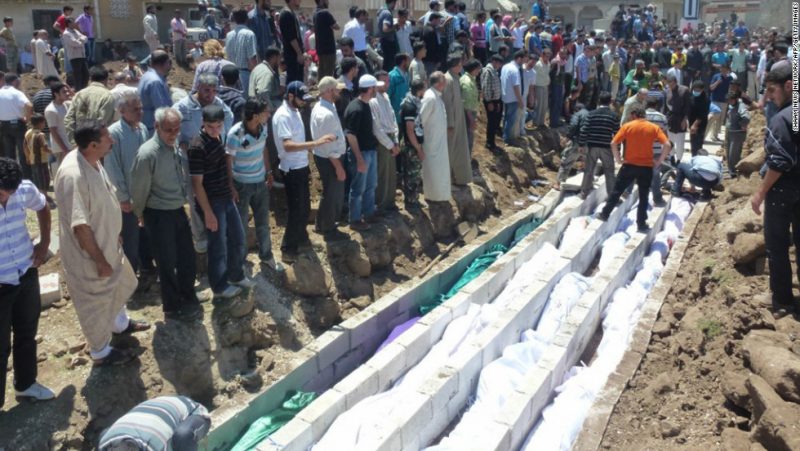 February 10, 2012 11:57 am 0
Syria’s Future: Alawite Military Coup, or Regional Civil War
A Syrian Revolution Museum and a Holocaust Museum in Damascus
The Future of the Alawites and the Orthodox Christians in Syria

Today, I am taken by those who write about Syria within the context of either Syria is on the brink of a civil war or has entered the stage of a civil war (I was as guilty of this misnomer as anyone else). The Syrian conflict is more like a Genocide than a civil war.

Calling the conflict as such, instead of Genocide or massacres, when one side (The Assad regime) has all the heavy weapons using them against civilians is not an excuse. The Syrian youth and the FSA defectors are simply defending themselves from the onslaught. If they do not, they will be massacred.

Further, labeling the conflict a civil war (The implication is that it’s a majority Sunnis fighting a minority Alawites) is unfair to the Alawites the majority of whom are not involved in this tragedy.

The Webster English Dictionary describes a civil war as “a war between opposing groups of citizens of the same country“. And because the perception of the two opposing factions is Alawites vs. Sunnis, the media would stigmatize the Alawite minority, and all the other minorities, with an enduring and liable legacy should it insist on calling the conflict a civil war.

The people responsible for today’s tragic events are the top echelon of the Assad regime involved in killing civilians and FSA defectors. Big period.

The policy makers are basing most of their analysis on the notion that a civil war may engulf the whole region. True if this was a civil war but it’s not as long as the civilian population has no potent means to defend itself or to launch successful offensives.

Because of this labeling and faulty analysis, little aid is reaching the FSA or the people of Syria. In reality, if we do not stop Assad immediately, the conflict will turn eventually into a civil war, which is far from the intention of the NEA at the US State Department.

I urge the media and all the pundits to address this conflict for what it is: A Genocide or a massacre by the Assad regime against a civilian population. How else can you describe heavy artillery raining on the civilian inhabitants of the city of Homs?