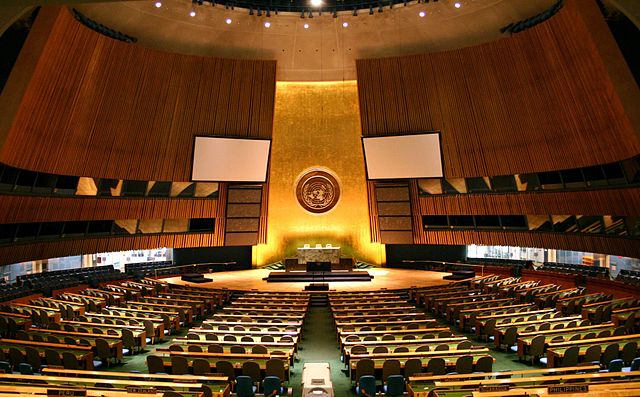 No United Nations Trigger System to Save Lives

February 11, 2012 8:34 pm 0
The Dealers of Hope
Don’t Give Assad a Pass on Crimes Against Humanity
Message to the Alawites of Syria

The UN image on the world stage as the organization of choice to resolve global conflicts has taken a considerable beating of late over the tragedy of Syria. Its dominance, in proportion to its failures and successes, is finally catching-up with its conceptual ideology against realistic results. There is no United Nations trigger system to save lives.

Countries waging wars are judged by a quantifiable number of body counts their wars produce. But how do you judge an intentional lack of action to stop wars when it produces as much collateral damage as wars do? The war in Iraq produced over 100,000 casualties but the world’s lack of action in Darfur produced 300,000 casualties. Whether it was intentional or not, the UN system of governance, indirectly responsible for the casualties in Syria, must change.

There is no United Nations trigger system to induce action no matter what crimes against humanity one country levels against another or against its own people. The veto power is supreme and trumps human life.

Because no country today can hide the truth from the eyes and ears of the global community, the UN must find a way by which a veto becomes meaningless when unarmed civilians are being targeted by violent men; and the body count becomes a tragedy our conscious can no longer accept. The actions of Russia and China of late with regard to Syria undeniably require us to act to fix the UN broken system.

Such ideas may not be acceptable to countries whose defensive postures force it to deal with existential scenarios; especially if that country is surrounded by neighbors who value life so cheaply. However, the trigger mechanisms can be narrow and clear enough to skirt abuse.

If the UN is to sustain its dominant role over resolving conflicts, it has to reform itself to take into account the implacability of the veto power in the face of crimes against humanity. When a country turns its own heavy artillery against its own people and the UN is paralyzed to act because of its own governance rules, then it becomes incumbent upon its members to seek the necessary changes.

If the UN does not act, the concept of the “Friends of Syria” the US State Department is pursuing today will become a standard by which nations under a pressure to act can avoid the UN to force an outcome more in line with what we expect from the UN.

No United Nations Trigger System to Save Lives

We’re Losing The War, DO Something
Did We Reach the Limit of Syrian Tragedy?
The Sickle and the Torpedo
Opinions 896 Shady United Nations 14 Syrian Revolution 1350 Western Appeasement 460