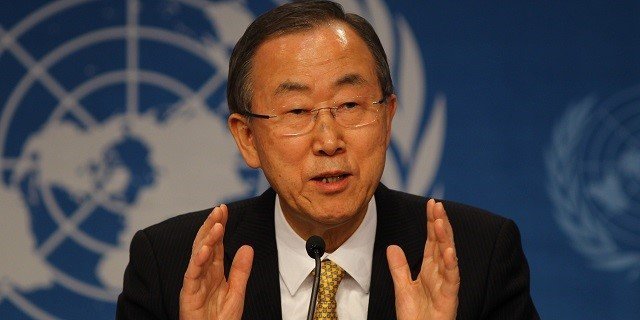 The 1945 formation of the United Nations, to replace the ineffective League of Nations, was due mostly to prevent any global wars. With Islamic terror upon us, oil rich states that sponsor terror, and the proliferation of nuclear weapons by unburdened characters the United Nations veto system needs an upgrade or a transformation.

The veto system, which was basically a reward system for those who won the war against Germany, Italy, and Japan, is being used today by countries like Russia to protect Islamic terror threatening peace and stability. The veto system has become a tool to confront other nations to weaken their resolve. It is utterly obsolete in the face of Islamic terror still growing with no end in sight.

When Russia uses its veto power to protect Syrian or Iranian terror, it feeds those countries or people who are victims of their terror with the means and the excuses to confront their tormentor through more terror. The veto system creates an endless cycle of violence because it aims not to solve, but rather to empower the mighty.

Today, Secretary General Ban Ki-moon unveiled a plan to counter extremism that mostly relies on member states to forge their own solutions. He told the General Assembly today:

“Many years of experience have proven that short-sighted policies, failed leadership, heavy-handed approaches, a single-minded focus only on security measures and an utter disregard for human rights have often made things worse.”

While this may or may not be a step in the right direction, Ban Ki-moon did not address the shortcoming of his own organization in battling terror. Explaining a Russian veto in favor of Syria or Iran is hard to justify when both countries promote terror against countries like Israel and against their own people. It is because Russia has a veto power that it invaded Ukraine.

The United Nations must find a sensible solution to its system of veto power to confront extremism from within. Either expand the system to provide the most vulnerable countries, like Israel, with a veto membership or allot a certain number of veto votes per year, not to exceed a certain number, to those holding that power today. Or the new veto system could be a combination of both. Let the five permanent countries with veto power be very selective and wise in how to use their veto to self-preserve instead of preserving terror and crimes against humanity like Russia does with Iran and Syria.

Furthermore, since 1945, other nations have risen to prominence on the world economic stage, which, for all intended purposes, have little to say in an international system that encourages close alliances to maximize the power of the veto system. Nordic bloc countries, Brazil, Israel, Korea, and Malaysia can benefit from earning a veto vote as they will be able to chart their own courses beneficial to globalism instead of hiding behind the skirts of the veto wielding countries.

As the United States helped Japan and Germany become the economic powerhouses that they are today, a United Nations with new rules to its veto system will unleash more economic global dynamism to benefit humanity.

The world should no longer accept countries like Russia to use its veto to empower states that sponsor terror.

Who cares about Syria?
Assad forces said to use poison gas in new Damascus attack
Bahrainis Deserve Their Freedom
Things That Matter 341