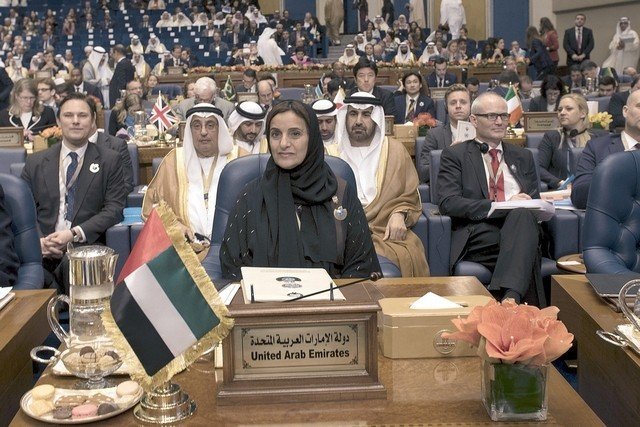 Who cares about Syria?

Source: The Washington Post – Valerie Amos (Who cares about Syria?)

As I prepare to leave the United Nations at the end of May, I am haunted by the crisis that has defined my tenure: the breathtakingly savage war in Syria, now in its fifth year.

At last month’s pledging conference in Kuwait, many countries promised millions of dollars for aid to Syrians in need. We are grateful for these funds, which mean humanitarian agencies can continue to deliver life-saving food, water, shelter and health care. But I still cannot believe that the world has looked on as this crisis and its devastating human consequences have unfolded. More than 220,000 people have been killed and about 8 million displaced.

In recent weeks, more than 100,000 people have been on the move in Idlib and surrounding parts of northwestern Syria, attempting to escape the violence while schools, hospitals and shops close around them. In the Yarmouk refugee camp in Damascus, 18,000 Palestinian refugees are trapped by fighting.

It is ordinary Syrians who are suffering. They have been bombed out of their homes, tortured, abused and denied food, water and health care. Families have been torn apart. Communities have been destroyed. I have visited Syria seven times and have talked to Syrian refugees on numerous trips to Lebanon, Jordan, Iraq and Turkey. During every visit I was asked the same thing: Why has the world abandoned us? Why does nobody care?

These questions were not directed at the humanitarian community, but at our leaders, perhaps particularly at the permanent members of the Security Council. People spoke of how narrow national interests are overriding broader global responsibilities, despite the efforts of the U.N. secretary general’s three special envoys to chart a way out of the crisis. Our demands to the Syrian government — which claims that its priority is the protection of its people — to stop targeting civilians and discontinue the use of so-called “barrel bombs” have fallen on deaf ears.

So what has gone wrong, and what more can be done?

What strikes me every day is our inability to protect people — not just in Syria but in other countries. A total of 193 governments of the United Nations have signed on to international conventions and laws aimed at protecting basic human rights. Even war has rules. But the laws and standards we have to protect people in conflict are not being respected.

Modern wars are less likely to involve national armed forces fighting each other than those in the past. They often occur between state forces and nonstate armed groups with complex and shifting allegiances.

In Syria, the government and the armed and terrorist groups have prevented food and medical supplies from reaching people in desperate need. They have attacked residential areas, schools and hospitals. They have denied water and electricity to people in areas not under their control — clear infringements of international humanitarian and human rights law.

This has had a devastating impact on civilians. It also has undermined the credibility of the United Nations, despite the heroic efforts of humanitarian workers risking their lives to help the most vulnerable.

The Security Council works best when there is agreement on the steps needed to deal with a specific issue. We saw this in the successful, unified approach to tackling the removal of chemical weapons from Syria — a goal many thought was impossible.

There have been three Security Council resolutions on humanitarian access and protection of civilians in Syria, but here we cannot claim significant progress. Why not? Because in a war zone, without incentives to de-escalate violence and without agreement on the mechanisms needed to protect civilians — the establishment of no-fly zones and safe areas, for example — civilians will continue to be targeted.

It is an extremely difficult problem, but we cannot allow ourselves to see it as impossible to solve, because it is not. To make progress, we must focus the attention of member states and use the U.N.’s extensive experience and expertise, including public and private diplomacy, to reach agreement on a political transition in Syria and on mechanisms to de-escalate violence. Countries funding terrorist organizations need to be called to account. Countries with influence need to use it in a coordinated and structured way.

Above all, protecting basic human rights must be at the heart of the agenda. We need to break down the elements and responsibilities under international humanitarian and human rights laws and seek consensus on priority actions — for example, protecting the safety and security of health facilities and workers, ending the recruitment of child soldiers, and protecting women and girls. And we must establish practical mechanisms to enforce these laws.

Breaking the political impasse will require a shift in the calculus — to put the needs of ordinary people at the heart of decision-making.

Countries look to the United Nations to exercise moral authority. Time after time, they are disappointed. They want an international system that is just, promotes equality, champions the vulnerable and oppressed, protects human rights and holds its members to account. In the modern world, with the complexity of the challenges facing us, this is becoming harder and harder. But it is possible. It is a challenge, but one that, with determination and commitment, we can overcome.

Who cares about Syria?