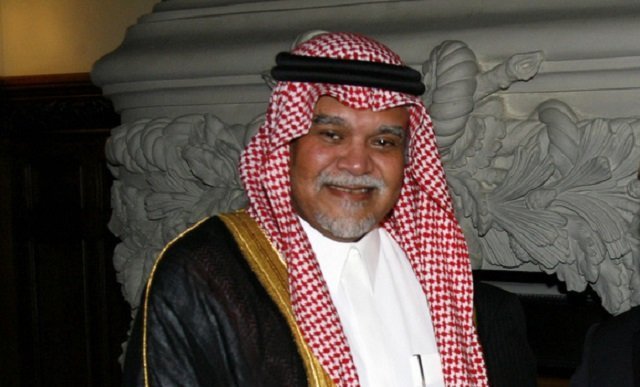 A Pitiful Sight at the United Nations

Some 20 years ago, an era we call it the Bandar Bin Sultan Era (BBSE), Arab rulers had power in Washington. The vivid debates in US Congress over the sale of AWACS or advanced F-16 fighter jets still echo in its halls. Today, it is a pitiful sight to watch Arab rulers work global powers.

But after watching the Emir of Qatar stand on the podium at the UN and appeal for a Syrian action (Something we agree with), we must say that it was quite a pitiful sight. During BBSE, things happened behind-the-scene effectively and decisively, mostly in favor of the Gulf countries no matter how difficult those decisions were. That influence is long gone. What influences Washington today is containment to avoid wars, which is essentially fear from the Iran-Syria-Hezbollah axis. That fear has frozen Obama to act on Syria.

The imperatives driving the foreign policy of the Gulf countries have become flawed if you consider the new imperatives driving the US foreign policy. If the Arab rulers, who mostly rely on US military bases and their capacity to protect them from would-be-attackers is jeopardized, the Gulf countries have no choice but to re-engineer their own foreign policy to take into account the new US position. It is safe to assume here that countries like Saudi Arabia and Qatar must not only have the guarantees to protect them, but also the security in the knowledge the US will come to their aid in case of a crisis. Such security is questionable the moment an analysis of the factors yield anything but 100%. A yield of 99% means the Gulf countries must be prepared to defend themselves on their own and given the Iranian missile stockpile, any and all F-15’s in the Saudi arsenal, no matter how sophisticated, become as obsolete as a diver fin in a bathtub.

The options available to countries like Saudi Arabia are limited. Either it starts building its own massive missile and WMD program or it concludes a deal with Iran, which essentially means Saudi Arabia has conceded defeat. In the eyes of the Sunni religious world, it will be viewed as a Sunni defeat to the majority represented by the Shia faith of Iran, which is hard to imagine Saudi Arabia will even contemplate.

The US would have been able to avoid that possibility had Obama pressed for a Syrian solution using unilateral means. Our sense is that the Gulf countries are past assurances and the prompt dispatching of aircraft carriers to the region. Those carriers, it must be said, are as effective as a watch dog if orders to use their firepower are not issued. Since we are not privy to US plans of actions or the factors that would render those aircraft carriers lethally active, our angle is more from the perception of the Gulf countries rather than the actual certainties of US forces. Because of the lack of action on Syria (Dismantling the regime through the use of force) and the lack of action on Iran (Dismantling its nuclear program and supporting the pro-democracy movements) that perception has been chiseled with doubt. The Arab ruling families can never be sure the US will come to their aid in the future.

Even though rumors that Saudi Arabia may acquire biological and chemical weapons have not been substantiated (Saudi Arabia does boast an Atomic Energy Research Institute though), a regional WMD race has many repercussions because of religion, terror, and the possibility of nuclear Holocausts. Any demand by the US on the Gulf countries to cease and desist would fall on deaf ears given the scenarios Arab rulers see from their perspective and given the military retreat by the US and the Pentagon budget cuts that indirectly affect the security of the Gulf nations. What we need in the US is a sensible but determined foreign policy initiative to eradicate this doctrine of resistance and its pejoratives, not allow it to fester and endure under the most precarious of circumstances as we watch Assad continue to survive a determined rebellion. Negotiations with Iran is not a policy.

One thing for sure, what this administration is enforcing, contemplating, or implementing is not only mitigating US interests but it is also encouraging, inadvertently, an arms race between two sects of religion that have not settled their score in over 1,400 years.

This will certainly come at a higher price tomorrow. What a pitiful sight at the United Nations.

A Pitiful Sight at the United Nations