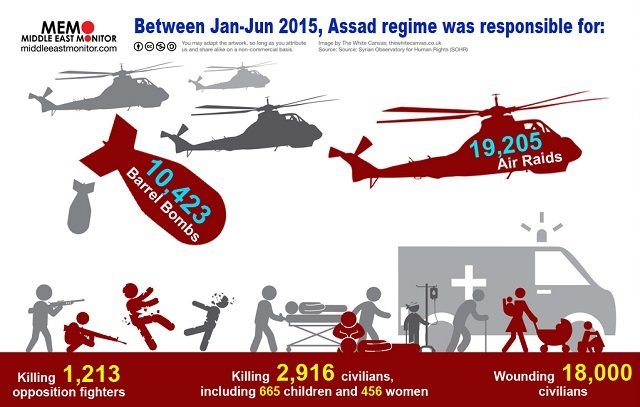 March 31, 2016 10:18 am 0
From Supplication to Mild Intonation
Of Dead Reporters, Assad, and Pulitzer
Is Russia Changing its Mind in Regard to Syria?

Syrian government air strikes killed at least 10 civilians Thursday in the worst ceasefire violation yet in a key rebel bastion east of the capital, a monitoring group said. While the world discusses his fate, the butcher Assad continues to commit crimes against humanity. It goes to show why Syrians will never stop fighting, and why ISIS will always keep recruiting.

Dozens more were wounded in the raids on Deir Al-Assafir, a town in the opposition stronghold of Eastern Ghouta.

The toll, which included two children and a civil defense volunteer, represented “the largest ceasefire violation in Eastern Ghouta,” activists on the ground said.

A fragile ceasefire brokered by the United States and Russia has been in place across parts of Syria, including Eastern Ghouta, since February 27.

The truce does not include areas where the Islamic State group and al-Qaida’s local affiliate Al-Nusra Front are present.

The ceasefire has largely been hailed as a success by the United Nations, which says the lull in fighting has allowed the pace of humanitarian aid deliveries to besieged areas to pick up.