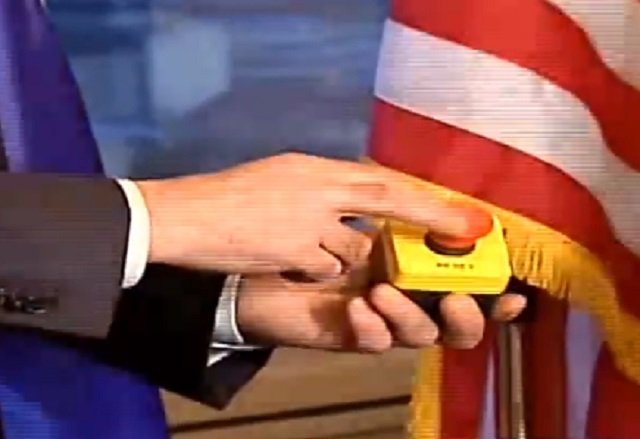 We all recall the first time President Obama met with King Abdullah of Saudi Arabia. His picture bending to the King has been engraved in our memories forever.

Stories are beginning to surface about the personality of the President responding to his critics for accusing him of being a Muslim, a communist, and so on by paying them back with a cold dish. All the Tea Party negative rhetoric in Washington today playing in the media is emanating from strong Obama supporters, like Rep. Alan Grayson (D-FL), possibly responding to Obama’s own anger over these accusations.

Even Mr. Obama himself, using the pulpit of the White House, has expressed, on many occasions, strong words against the Tea Party and its members.

Could it be that the President’s response to his Saudi bend-to-the-king accusers (we admit, we are one of them), which is leading him to negotiate with Iran is partially a form of revenge-response we all missed? If so, it may have just backfired big time because the Saudis have just upped the ante tenfold. The silence from the White House on Saudi Arabia has been noticeable.

The worry many observers are expressing with regard to the pressure this President is under to score a foreign policy victory are quite legitimate. The President, and especially his Chief of Staff Denis McDonough, need to silence their critics and some fear this exercise may come at the expense of a bad deal with Iran that would expose the MENA region to more danger but whose spin would provide this President with a small window of opportunity to look good.

On Syria, a not-so-graceful long article in the New York Times has provided us with a glimpse of the President’s inner circle foreign policy production team. It shows a President that is mostly distracted, playing with his Blackberry or chewing gum during these important meetings and a defiant Chief of Staff objecting to every intervention, whether humanitarian or military.

If our President is bored because he is so smart, why is he making so many mistakes then? Are the meetings on Iran left to Denis McDonough as well? If so, we must be watching a re-run of Maxwell Smart here.

The missed opportunities on Syria and the lack of a sound policy again provided the critics of Mr. Obama with even more firepower, which may be leading us down this “we-can-score-if-we-negotiate-with-Iran”. What do you think the Iranian regime will do armed with the same knowledge?

In our opinion, Denis McDonough has not served his President well. Avoiding an attack on Assad at all costs, after a strong commitment to carry it out, is costing the US much more with the Saudi move and is beginning to worry even Democrats that with every shift this President makes to correct past missteps, it seems far more dangerous mistakes that do not serve US interests well keep piling up.

If we recall, just as the President was about to attack Assad, after he crossed the infamous red line, he had a 45-minutes walk with Denis McDonough on the grounds of the White House after which he passed the Syria hot potato to Congress. When he saw a sure defeat in Congress, the President passed the Syria hot potato to Putin, an enemy of the United States as Bashar al-Assad and Khamenei are. To correct this blooper, the President distracted everyone by opening negotiations with Iran.

In each of these steps, Denis McDonough played a role and on each occasion, he has harmed his President and his reputation.

It would not surprise me to read many chapters in different upcoming books calling Mr. McDonough the worst Chief of Staff in modern history. In fact, some of Obama’s senior election team staff are showing deep frustration of the incompetency of Mr. McDonough and expressing it openly because of the rollout of Obamacare.

The media is concentrating on blaming Secretary Sibelius, but those who know how this White House works (Gum chewing boredom) are angry with Denis McDonough for not seeing this train wreck coming. Not surprising since he did not see the Syrian wreck either.

Think of Obamacare roll out and you get a clear picture of what “Think Irancare” would look like.

Chiefs of staff are supposed to be loyal, but they are also supposed to be competent. Loyalty does not trump competency and when it does, the President suffers the consequences.

Mr. President, please press the “reset” button you believed Russia needed and start the “reset” at home instead. Take care of Assad and Iran, two states sponsors of terror and the region will settle down into a more stable mode. This adventurous path towards appeasing savages like Assad and Khamenei is costing the US too much and costing your legacy to suffer even more.

Stalin: Death is the Solution to all Problems
Genocide Watchers Obama Kerry Hagel
The Brainless, the Brainy, and the Braves
Opinions 795 Slippery Barack Obama 947 Syrian Revolution 1348