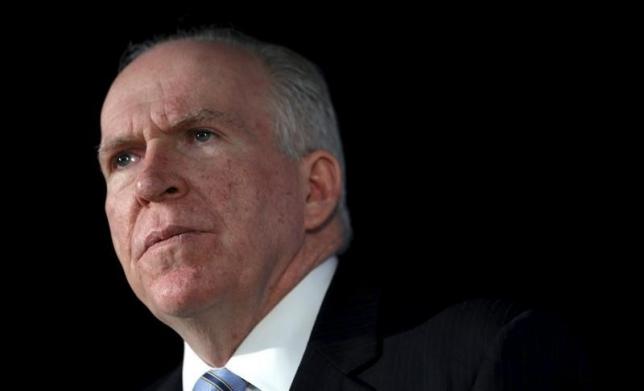 Assad Desperation is Becoming an Embarrassment

Psychopath Baschar al-Assad said it would not be difficult to agree on a new Syrian government including opposition figures, but his opponents responded on Wednesday that no administration would be legitimate while he remained in office. Assad desperation is becoming an embarrassment.

His fate is being discussed and dealt with at the highest levels. Russia, we believe, has understood that an Alawite who caused the death of half a million Sunnis is a magnet for terror, not its solution. CIA head Brennan flew to Moscow in early March to discuss Assad with his counterpart the FSB. When heads of intelligence agencies of two superpowers meet to discuss a leader’s fate in the Arab world, most likely it is driven by mutually agreeing on his alternative. The decision to remove him has already been taken by their presidents.

Furthermore, considering the CIA made a public statement shortly thereafter, which is quite unusual, as to its opposition to Assad, illustrates that an agreement may have been struck in early March on who will replace him. It is also testimony to the belief that Assad is the central problem to a peaceful Syria united behind defeating the radical ISIS and al-Qaeda Muslims.

Because of the military victory in Palmyra, backed by immense Russian air power and mercenaries, Assad is attempting to sway the US and Russia of his willingness to work with the opposition when in fact he knows his days are numbered. Assad desperation is becoming an embarrassment.

Opposition negotiators immediately dismissed Assad’s remarks, saying that a political settlement could be reached only by establishing a transitional body with full powers, not another government under Assad.

“What Bashar al-Assad is talking about has no relation to the political process,” said George Sabra of the High Negotiations Committee.

The United States also rejected Assad’s comments. “I don’t know whether he envisioned himself being a part of that national unity government. Obviously that would be a nonstarter for us,” White House spokesman Josh Earnest said.

Syria’s crisis erupted five years ago with protests against Assad which were put down with force. It descended into a civil war which has killed more than 470,000, drawn in global military powers and helped Islamic State establish its self-declared caliphate. Nearly five million refugees have been driven abroad.

Assad told RIA the war had cost more than $200 billion in economic losses and damage to infrastructure. That is in line with a U.N.-backed body which estimates physical damage at $90 billion, with an additional $169 billion of accumulated losses from a collapse in GDP to less than half the 2011 level.

Despite Assad’s upbeat assessment of the chances for a political solution, his comments reflected deep differences with the opposition. It says that for the last four years international agreements on Syria’s future have centered on the principle of setting up a transitional governing body.

Assad’s opponents have understood that such a body would have full powers, and that he would not play a further role.

But the president said the very idea of a transitional body was “illogical and unconstitutional”.

Assad is dreaming if he thinks he can ever rule Syrians again. The blood of half a million Syrians speaks volume about what needs to happen to Assad. Saddam met his fate for far fewer crimes against his own people.

Assad Desperation is Becoming an Embarrassment