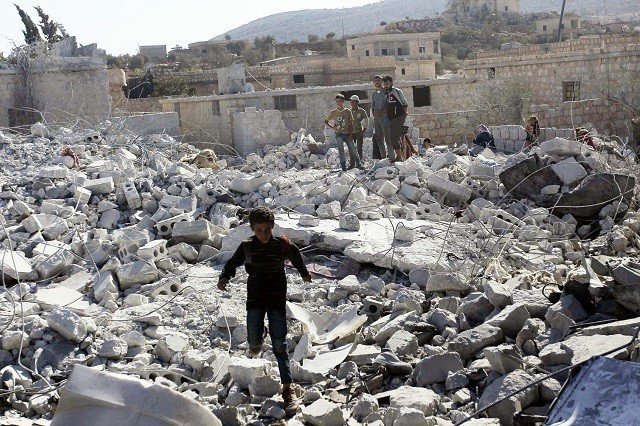 According to Yahoo News:

The White House has acknowledged for the first time that strict standards President Obama imposed last year to prevent civilian deaths from U.S. drone strikes will not apply to U.S. military operations in Syria and Iraq.

I do not believe for a minute breaking these strict rules apply to drones only. This administration has lied too many times, and there is no reason to believe it is telling the truth now unless it provides irrefutable evidence that Obama has ordered the decommissioning of the B-1 bombers from any sorties over civilian populated areas.

For all intended purposes, and with this reality exposed, Obama is mimicking the savagery of Assad; if he wanted to turn the Sunni Arab street against the US and for Arabs to join ISIL in a wholesale fashion, he could not have done a better job. The Muslim Brotherhood-run Al-Jazeera will incite and instigate endlessly against the US.

Sometimes, I wonder if Khamenei is really attending to the White House, while Obama indulges himself in one 18-hole after another. After all, birds of a feather flock together, but they also share together their responsibilities.

Remember when Obama signed the Executive Orders banning waterboarding. Apparently, waterboarding a terrorist by our intelligence services is objectionable to our president, but for him ordering, or at least acquiescing, to the killing of innocent civilians in Syria is OK by his standards. Honestly, with this act, there is no difference between Obama and Assad.

Socialists and communists have always preferred to act ruthlessly to impose their will, and if Obama is getting flustered because he is unable to practice this dictatorial tendency in the US, his compass has paved the way for him to practice terror against the civilians in Syria and Iraq.

As far as I am concerned, I do not blame the Pentagon for this even though the recommendation came, most likely, from the JCS General Dempsey. If Obama could veto waterboarding, he could have vetoed this senseless, inhuman, and barbaric act.

After All Is Said and Done, More Is Said Than Done
The Naked Foreign Policy of Barack Obama
There is no escaping Israel
Slippery Barack Obama 976