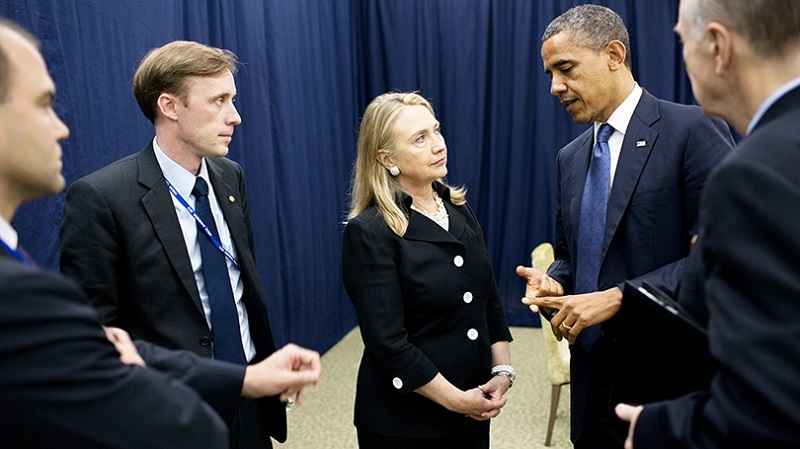 A new Iran Deal might be difficult to renegotiate unless the Biden Administration is willing to kiss the Gulf Arab countries goodbye by trading them for a nuclear-free Iran and no threats to Israel’s sovereignty.

As news that Jake Sullivan, an appeaser-par-excellence, tops the list of those President-elect Joe Biden might select for the position of National Security Advisor, it is important for Sullivan to realize one fact: The old Iran Deal, he worked behind the scenes to realize, is faulty. It unleashed Iranian terror in the region, which has antagonized the Gulf Arab countries to the point of rationalizing the normalization of relations with Israel. If the Arab countries are willing to shelve 70 years of religious enmity against Israel to confront Iran, a devastating war in the Middle East is not too far behind.

Unless, the Biden Administration starts with a new slate and a new mindset.

To mitigate its risks, the United States might see a good return on investment in letting Iran invade Saudi Arabia to stop other Iranian activities of terror, its nuclear program, and threatening Israel all in one package

In the previous Iran Deal, President Barack Obama dangled a big carrot the Khamenei regime could not ignore in the form of $150 billions. This incentive is no longer on the table. Instead, one should analyze what is the value to Iran for relief from U.S. sanctions and halting its nuclear program. Alternatively, what is the value to the U.S. should Iran seek billions more in reparations because of U.S. sanctions to strike a new Iran Deal. Which begs the question: How can Jake Sullivan justify paying more money to the Khamenei regime it will use to terrorize a whole region with?

Unless, the United States might acquiesce to Iran invading one or more Gulf Arab countries. The history of the Mullahs’ absurd and dangerous behavior is hard to miss after the United States attempted to normalize its relations with Iran. So why not just give Iran what it wants today and be done with all the terror, the threats, the missiles, and the nuclear program?

It’s highly risky to renegotiate with Iran any deal if the demands of the United States do not include holding Iran accountable for its terrorist actions. Or, at least, restrain Iran by seeking that the regime removes its troops, or halts its support for proxies, in the four Arab capitals Iran has already invaded. Anything short of that will be inviting Israel and the Arabs to go to war against Iran. To mitigate its risks, the United States might see a good return on investment in letting Iran invade Saudi Arabia to stop other Iranian activities of terror, its nuclear program, and threatening Israel all in one package.

So, what would it take to convince Iran to halt its terrorist activities? As well as halt its nuclear and missiles program?

In any negotiations with Iran, the regime will ask for too much, as usual, and the United States, now aware of Iranian spread of death and devastation, cannot possibly give the regime another free pass. Turning a blind eye again is not an option Jake Sullivan can manage without grave consequences to U. S. foreign policy in the region. So, what would it take to convince Iran to halt its terrorist activities? As well as halt its nuclear and missiles program? This is the question analysts might want to answer.

Inevitably, the dynamics are so utterly different today that trying to reconstruct a new Iran Deal is impossible. Especially, if one considers the demands each country will have to reach an agreement. Unless Jake Sullivan is willing to simply give Iran all it wants and be done with all the risks. Something he might be willing to do given his past appeasements of danger.

If halting Iranian nuclear proliferation is a top priority to the Joe Biden presidency, then we might as well kiss the Arab Gulf countries goodbye. Because Iran might trade its nuclear future capabilities and its spread of terror, to include threats against Israel, to invade Saudi Arabia.

We believe that efforts to renegotiate a new Iran Deal might fail if Saudi Arabia is not in play. The question is: Will President-elect Joe Biden play along to secure the U.S. interests as well as those of Israel?

The other countries like Qatar, Kuwait, United Arab Emirates and possibly Oman will fall like dominoes immediately after.