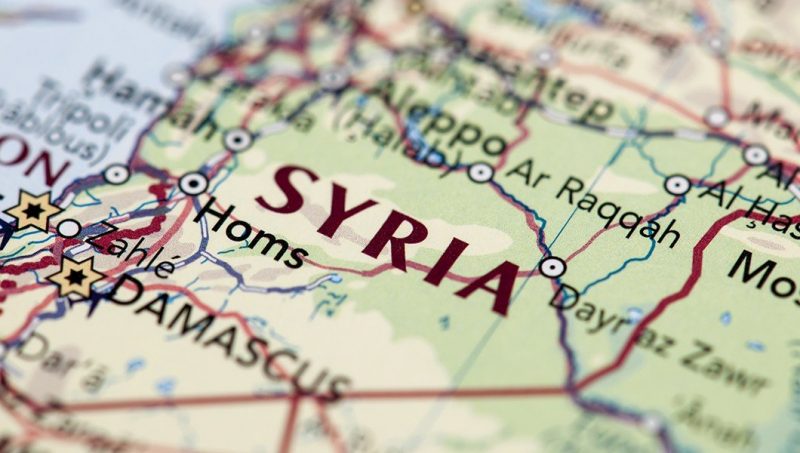 The Trump Administration is making clearer its policy on Iran and Syria, while Putin remains very low-key. Is Russia playing good cop in Syria while America plays the bad cop?

The cornerstone of American foreign policy with regard to both countries are precise, almost surgical sanctions.

For Iran, the Trump Administration is starving the country of oil money the Mullahs cannot function without. Most countries would likely abide by the new tough rules Secretary of State Pompeo delivered yesterday. China has not responded yet, but since the leadership knew these sanctions might come, it is highly likely they have drawn new contracts for alternative sources for oil.

Saudi Arabia already declared it is willing to fill the void through increased production.

With regard to the Assad regime of terror, the U.S. is trying to starve the country of any dollars it could use to buy commodities with. Mainly oil the Assad economy needs for domestic consumption. The U.S. is pressuring neighboring countries, especially Iraq, to ignore contractual agreements for oil deliveries the Assad government signed in the past.

Russia remains relatively quiet. The Kremlin seems to go along with the Trump new marching orders on pressuring Iran to abandon its Syrian occupation, and on Assad to tow the Russian line in Syria. That line is going the diplomatic route, which is forcing Assad to compromise. Is Russia playing good cop in Syria while America plays the bad cop? It is possible.

Stories are also surfacing about Hezbollah cutting payments to its fighters in Syria. A sign that the U.S. sanctions are working for now. Thousands of IRGC and Hezbollah fighters remain entrenched around the country spreading Iranian influence at all levels. To include ethnic cleansing. When it comes to fully understanding Hezbollah, we believe Hanin Ghaddar, at the Washington Institute for Near East Policy, reigns supreme.

The axis stretching Iran to the Mediterranean is under pressure and may soon buckle. To fully grasp the Assad policy of ‘my way or the highway’, all one needs to do is look at the outcome of those policies. Assad chose to kill anyone that dared to challenge his primacy in Syria, which included gassing women and children. Along the way, he destroyed his own kingdom. This kind of vindictiveness, superfluous need for revenge captures clearly the kind of mindset Putin must be dealing with today.

Is Russia playing good cop while the U.S. plays the bad copy? Russia’s good cop role might just be the most suitable response to Assad’s immaturity.

Another outcome we are witnessing is Assad’s nonchalant attitude towards letting Iran roam free in Syria. Again, another act of revenge; but this time against Israel Assad blames for sparking the Syrian Revolution. This accusatory surrealism also demonstrates another side to Assad the world must notice. Assad thinks his iron-fisted rule has nothing to do with the people rising in Syria. It’s not his fault that the people revolted. It is always someone else’s. So convenient to point the finger at innocent Israel.

The result of Iranian occupation of Syria are severe U.S. sanctions against the Assad regime, which are leading the Assad hold unto power towards an abyss. Even his own supporters are murmuring aloud their displeasure of his handling of the country’s affairs.

Both Assad policies, based on revenge, have destroyed physically the country, and now are slowly destroying Syria economically. This might explain the Kremlin letting the U.S. play the bad cop, while it plays the good one. It is to Russian advantage to see Syria rise again, but with more constructive leadership able to hold the nation together, while also fighting terror. Instead of spreading terror for duplicity and self-gratification.

In brief, Assad wants to fight everyone, and everything that stands in his way. So does Iran but with more patience than molasses. Russia believes it can ill-afford to place Syria on its welfare roll. The U.S. believes its Trump card will correct the wrongs of two regimes who deliberately killed t6housands of U.S Marines in Iraq in early 2000’s. Directly and indirectly through AQ proxies.

For once, we praise President Trump for his foreign policy initiatives against the terrors of Assad and Khamenei.