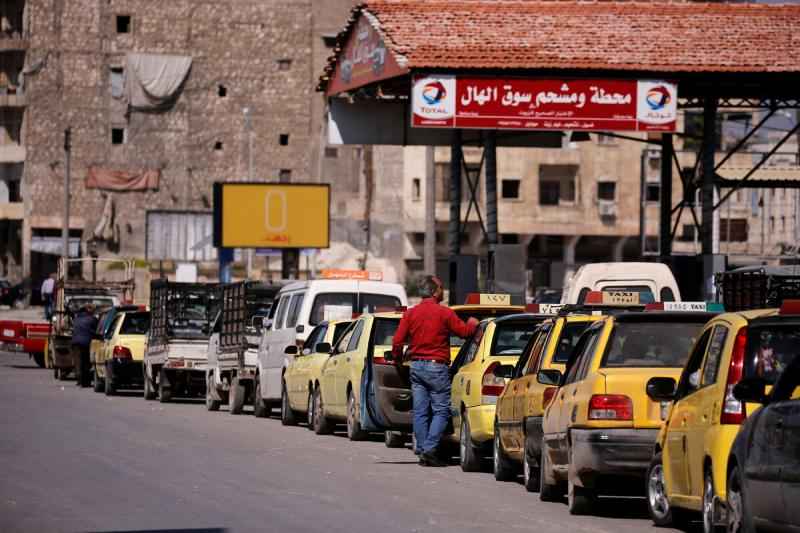 Assad Blames the US But Forgot Who Started the Civil War

Syria is experiencing worsening gasoline shortages as a result of tougher U.S. sanctions disrupting crucial fuel imports, its oil minister said on Wednesday. It is the latest crisis to hit the war-devastated country’s crumbling economy. Assad blames the US but forgot who started the civil war.

He forgot how he instructed his supporters to go in the streets and chant “Assad, or we burn the country”. A defining moment that led to today’s Syrian economy burning slowly due to Assad brutal actions during a 10-year stretch of death and destruction.

The tightening of the American siege and their barring of imports from arriving forced us to reduce distribution of gasoline by 35%.

Residents say there have been acute shortages in the capital and main cities, where long queues have been building at petrol stations in the last week.

The fuel shortages come with the country in the throes of an economic crisis, amid a collapsing currency and inflation sky-rocketing, which are weakening Assad’s grip over the country.

The government has limited private vehicles to 30 litres of gasoline every four days. Syrians wait for hours before gas stations open for service.

Oil production collapsed after Damascus lost most of its oil producing fields in a stretch east of the Euphrates River in Deir al-Zor.

These oil fields are now in the hands of U.S. backed Syrian Kurds. They in turn continue to sell part of the oil to Damascus.

Syria had previously relied on Iranian oil shipments; but tightening sanctions on Iran have dried up supplies in the past year.

The shortages were worsened by major maintenance at the Baniyas refinery. It is the country’s largest, which supplied two-thirds of the country’s gasoline needs, Touma said.

Touma said once the Assad regime completes unavoidable maintenance work at the 130,000 barrel per day capacity refinery in the next 10 days, capacity would rise by 25%. Shipments from several undisclosed sources would also help ease the crisis later this month, he added.

Washington has long accused Syria of smuggling oil through Lebanon across a porous border area. Mostly with the help of the terror organization Hezbollah.

Assad Blames the US But Forgot Who Started the Civil War