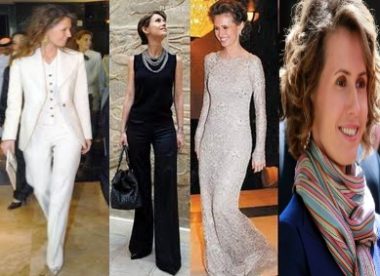 Asma Honey, Where is The Money?

October 27, 2012 3:11 pm 0
Where was the Portland protest when Syria was slaughtering Palestinians?
How The West Will Introduce Stinger Missiles Against Assad
Hariri calls on Hezbollah to withdraw from Syria

Once in a while, we speak with Syrians who have access like no one else we know. One incident prompted us to wonder if Assad uttered a statement such as “Asma honey, where is the money”?

Few days ago, a powerful Syrian businessman we know well we will identify only as “Deep Eyes” sent us a message through a messenger who knocked on our door and whispered in our ear the following message:

“Asma has moved the funds Assad has trusted the Akhras family with to offshore accounts in the Cayman Islands using two different fake South American passports”.

Then, he disappeared as fast.

We have no clue what he was talking about, but knowing that “Deep Eyes” has that capacity to know more than your average guy, we presumed that if this message is true, it means the Akhras family knows something the Assad family does not.

Whether in cooperation with western intelligence or not, again we have no clue. We are the last people to have such access or knowledge.

It is then reasonable to ask the pertinent question: Is it possible the desert rose has betrayed her man in Damascus? And decided to flee with unsupervised funds at her full disposal?

It is a well-known fact that the Assad regime has pilfered the Syrian treasury to its bones. Moreover, the family has gotten in the habit of blackmailing and extorting billions from the Saudis through sheer terror. We know of a authentic case told by a first-hand messenger who carried a cheek for $92m in Hafez al-Assad’s name from the Saudis.

All it took was to threaten Riyadh with an act of terror for the Saudis to submit.

Would it not be magical to hear Assad ask “Asma honey, where is the money?”

Asma Honey, Where is The Money?

Hollande Warned Putin Against Bolstering Assad
On Assad’s Visit to Spain: Peeing in the Wind
Coordination Between Obama and Putin Is in Perfect Sync
Dumb Assad 95 Political Satire 124