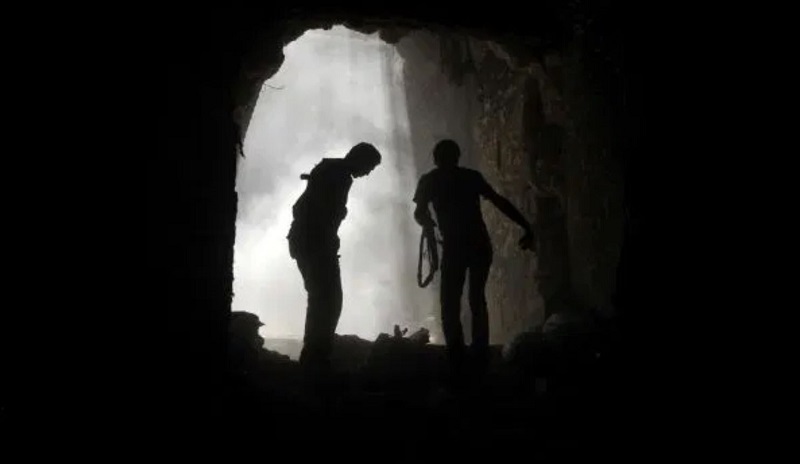 What’s all the fuss about the TSA with its scanner or “junk” patting procedures? Assad of Syria has the best scanner technology in the world. It is worth considering in order to replace the antiquated methods used by the TSA at US airports. Hey, step aside Israel for Assad airport security.

In Syria, we have five different lines of security available for our lovely departing passengers.

Line No. 1 is reserved for the rich Saudis. Assad intelligence officers man the station. The one who have many bills to pay, that is. The officers direct all Saudi passengers to go through a machine the “Assad Unique Scanner Technology” manufactured for Damascus airport. Its motto just below reads: “and you thought the Nazis were bad!! “.

After which the scanner releases an antidote once the Saudi promises to let go of all his possessions.

The truth always comes out. The Assad scanner has a 100% success rate, even better than Assad’s election victory of 96.7%.

ONLY ASSAD BOMBS ABOARD

Line No. 2 is reserved for terrorists. The intelligence officers manning this station make sure only one of Assad’s many factories, specializing in car bombs and equipment for suicide bombers, have manufactured the bombs they carry.

All terrorists pass through the Assad scanner before the intelligence officers push them into a private room draped by black curtains. The officers ask the terrorists who made the bomb they are carrying. If one of Assad’s factories made it, then he boards his flight with no problem.

But if the Muslim Brotherhood manufactured the bomb, the officers detain the terrorist, then they beat him, electrocute his testicles before they switch his bomb with an authentic Assad bomb guaranteed to function.

In one act of mercy, Assad guarantees that he has no competition from any other minorities in Syria. He simply obliterates their reproductive system using the Assad Unique Scanner Technology he developed personally.

Line No. 4 is reserved for all other passengers. The intelligence officers manning that station carry guns, whips, electric cables, and testicle clamps all dangling from their belts. In this line, the Assad officer pat down and grope with abandon. It is also a requirement that the passengers grope the intelligence officer as well to return the favor. If the passenger resists, the officers drag them to a dungeon Assad built in every terminal just for such an occasion.

By the way, one of Assad factories manufactures also all the belts and their accoutrements.

Line No. 5 is reserved for western foreigners only. The intelligence officers manning that station take some of the cash collected by their peers in Line No. 1 to give away to some of the passengers in Line No. 5. The intelligence officers ask some of the passengers, with important positions back home, to enter a pretty room with a bouquet of flowers where a handler tries to persuade them to work for Assad in return for cash (Taken from the Saudis). Those who do take the cash use their positions as professors, analysts, and even US government employees to influence in order to protect Assad.

In conclusion, when the world flaunts the Israeli security system at their airports, Syria, in fact, has the best system of security in the world.

In one centralized location, we make lots of money, promote terrorism around the world, administer policies to protect our superb president, control the masses through fear and torture, and cultivate spies for the greater good in the name of resistance.

Where else can you implement so many policies ine one convenient location and so quickly?