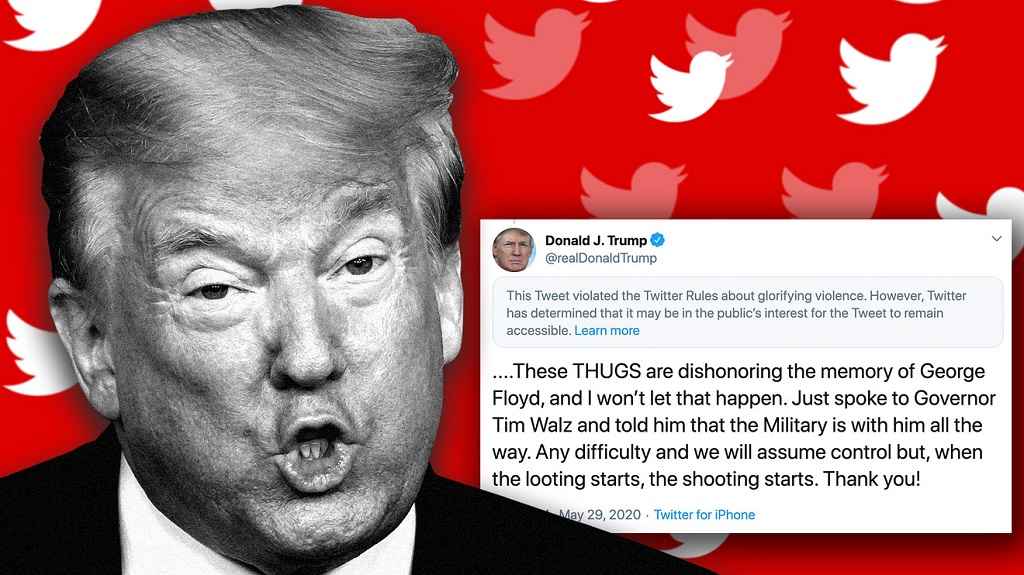 November 26, 2020 5:38 am 0
Everything Putin Would Do To America Trump is Doing
Any Smart Voter Casting for Trump is a Traitor
America Deserves Better Than an Anarchist President

The world is watching the end of Donald Trump unfold before their eyes as the 45th President finds himself stripped of all the tools of power he exercised to do some against the backdrop of so much harm. One thing will remain potently lethal after January 20, 2021, which the President will use to spread rumors and lies and most importantly to keep the GOP in-line with his own self-interests. After January 2021,  Trump last and only weapon will be Twitter.

Will the GOP accept its fate and remain silent in the face of so much power by a not so popular President among his own peers?

WHY TRUMP IS TRUMP

Trump’s domestic policies, for those not aware of its goals, was to keep the country from going brown and eventually fall in the hands of its minorities. According to the Census Bureau, the United States will flip, by 2046, to a minority-controlled country where Caucasians find their total control of the U.S. levers of power shift to the differing race and religious minorities. Vote-wise but not necessarily control-wise that exclude voter suppression measures like gerrymandering.

To many, that was unacceptable, and Trump represented that minority intent on keeping power centralized in the hands of the White Anglo-Saxons Protestant (WASP). Whether it’s immigration of Muslims, border control, or permitting COVID-19, which impacted mostly the minorities, run wild, every domestic policy Trump embraced has one laser-focus intent: Stop the minorities from taking over eventually.

Not everyone agrees with Trump’s policies. Many believe the strength of the United States emanates from its immigrant population no matter their race or religious beliefs. It’s the same group that also believes sharing power is good for all Americans, not just the few. After all, 2046 is only one generation away. Trump panic button resonated across the land but the results of the 2020 elections showed that the majority of Americans welcomed a bi-racial Vice President in Kamala Harris.

Trump will certainly use Twitter in the near future to continue dividing Americans along these racial and religious lines.

On foreign policy, Trump has been half-decent when it comes to holding Iran accountable without ever firing a bullet. Even though Trump has no beef with the Ayatollahs, he concocted a strong policy mostly based on sanctions and limiting Iran’s terror capabilities. Who drove that policy? Mostly a strong base of Evangelicals who see Israel’s security as tantamount to the security of western civilization in the lands that gave birth to both Christianity and Islam. It’s a modern crusade of Knights Templar driven by a sophisticated economic war.

On Syria, Trump oscillated between his own instincts and those demanded by his Evangelical base of supporters. He tried to exit Syria, on two separate occasions, as a warning to those funding his campaign, as well as to spite the military and Intelligence institutions who saw great value in the United States standing by the Kurds of Syria. Trump could care less about Syria or the atrocities Assad committed. As important to him as looking for lost golf balls.

As far as many Syrians or Syrian-Americans standing up to the terror of Assad, Trump was a mixture of hope and disappointments. The President could never muster a cohesive Syrian policy that had any goals except the ones he impulsively reacted to because of one causal event or another. Syrians have been biting their nails for four years and they have nothing to show for it except that Assad, thanks to Russia, remains in power to terrorize his people.

We expect Trump to ignore the world with his Twitter account. Except the possibility of going after China for spreading COVID-19, which played a role in his elections defeat.

The possibility that Trump may target any GOP Senator or official long after he leaves office is as clear as his Bible photo-op. Anyone who steps out of line will be attacked viciously using Twitter as the only and last weapon Trump holds in his arsenal. The question becomes: Will the GOP tolerate to become an obedient dog for a lame duck President hated by the majority of Americans? We believe the GOP, backed by 50 Senators, will find a way to strip Donald Trump of his Twitter account. None would find it acceptable for Trump to wield Twitter as a gun over their head in the future. It’s just human survival and independence.

How in the face of the Constitution’s First Amendment? Leave it to those foxes who managed, since the 17th century, to bury the indigenous Indian people, and to keep slavery and lynching alive and kicking. From physical slavery to economic slavery, and from lawful lynching to nonpunishable police lynching through extreme brutality.