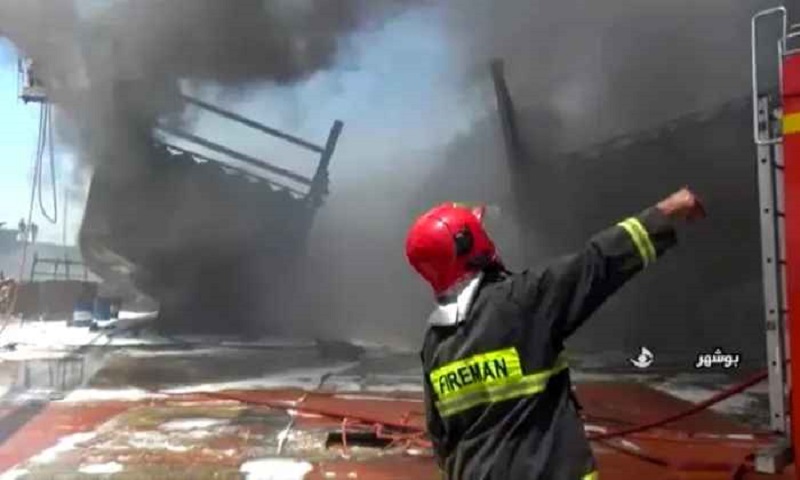 Iranian Regime Has Suffered One Major Setback After Another

Someone should translate “Chew more than you can eat” to the Ayatollahs in Tehran because of late the Iranian regime has suffered one major setback after another. Some of their own making and others due to outright sabotage.

Since Barack Obama’s Iran Deal, Iran has invaded four Arab capitals in addition to waging a low-level war against the United States and Israel in an attempt at dislodging the US from the Middle East and throwing the Jews to the sea. That’s a tall order for a country that remains stuck in some past centuries. Iran is suffering from gastric acid because it tried to eat more than it could handle.

Over the last two weeks, Iran has experienced some drama.

On July 5, a fire at Iran’s underground Natanz nuclear facility has caused significant damage that could slow the development of advanced centrifuges used to enrich uranium. One can only guess who the perpetrators were. It’s the most widely secret circulated that Israel will not allow Iran to build a nuclear arsenal it could use against the country.

On July 15, at least seven ships have caught fire at Iran’s Bushehr port. It appeared to be the latest in a series of fires and explosions around the country, some of which have hit sensitive sites. Because Iranian oil still reaches countries like Venezuela in spite of the sanctions, ships burning in a major oil hub looks to us like pure sabotage.

On July 16, Iranian security forces fired tear gas to disperse demonstrators gathered in the southwestern city of Behbahan. Videos posted on social media from inside Iran showed protesters chanting, “Fear not, fear not, we are in this together”. Some protesters chanted slogans against top officials. Videos posted on Twitter showed a heavy presence of security forces in several cities, including Tehran and Isfahan.

Iran is incapable of invading Arab countries and taking care of its own. Its economy can handle only one or the other. As the economic situation deteriorates, the Khameneist regime will experience in the near future more demonstrators, more protests, and even a full-fledged, country-wide uprising like the one Syrians experienced in 2011. It’s inevitable, folks. Hunger and fear cannot co-exist simultaneously as let-them-eat-cake Marie-Antoinette proved it in 1789.

In-between fires and demonstrations, Iranian president Hassan Rouhani announced that some 25 million Iranians may be infected with COVID-19. That number represents 30% of Iranian population. As mentioned earlier, waging wars and protecting the people are mutually exclusive in Iran. The country cannot, economically, but neglect its citizenry when it invades Arab countries it has no business occupying.

It’s notable to day that Iran has been hit the hardest by COVID-19. Its readiness to prepare its healthcare system to keep their people safe has failed miserably.

Iran is a third world country trying to act like a superpower. To say that it would fail is an understatement, but at what price. So many have suffered from Iranian aggression and terror, not the least are the Syrian civilians. Iranian Ayatollah independence day is around the corner.

Iranian Regime Has Suffered One Major Setback After Another