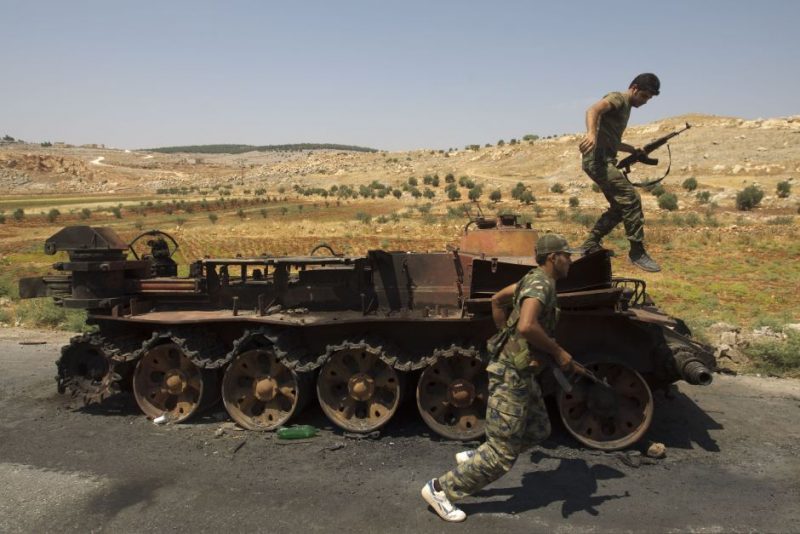 Saudi Arabia Do Join Israel in Defeating Iran in Syria

The country of Saudi Arabia has been waging a war against the Iranian-backed Houthis in Yemen with mixed results. Iranian aggression against Saudi Arabia, while using Yemen as a launching pad, must be met with similar tactics by the Kingdom. Saudi Arabia do join Israel in defeating Iran in Syria. An Iranian defeat in Syria will lead to an Iranian full defeat abroad and at home.

Mind you, cooperation between Saudi Arabia and Israel are evolving fast. Already, Saudi airspace is open to Israeli fighter and bombing jets.

Saudi Arabia is undertaking deep societal changes that promise to revolutionize the country and its image for the better. Almost daily, stories are emerging of this conservative country moving towards gender equality and passive pro-western policies that shed the religious zealotry of the past. Governments, across the globe, have applauded this new long overdue shift.

But all this good work will remain elusive if Iran continues building momentum in the region using others to wage its wars against Arabs. Iran must be confronted and stopped at every front it opens, directly and unconditionally whether that front affects or not the outcome on other fronts. Only a coalition-like mindset among the countries confronting Iran can win the war against the evil Mullahs. If we learned anything from Alexandre Dumas, the anti-Iran front must act as one for all and all for one.

Now that Israel has removed almost 50% of Assad’s air defenses, Saudi Arabia do join Israel in defeating Iran in Syria by establishing a beachhead in Jordan from where aerial attacks can be launched against Iranian occupation of Syria.

The good people of Iran are stirring. A display of immense aerial power on different fronts might lead to more domestic unrest as the Mullahs’ cash register keeps dispensing funds toward losing causes while the population of Iran finds itself enveloped in more and more poverty and unable to cope economically. The Iranian economy, combined with corruption, is Khamenei’s Achilles’ Heel.

Taking such action has ramifications. Possibly positive for Putin as his war machine sells more military equipment to Iran. If the goal is to dislodge Iran from Syria, not the Assad regime or Russia, then there is an effective argument to be made to keep the Russian bear hibernating. For Putin, Iran is a useful ally up to the point of protecting the Assad regime. There is no love lost between a viking caveman and a turban-touting Neanderthal.

Saudi Arabia do join Israel in its battle against Iran in Syria. The destruction of Iranian assets whose funding belonged to the betterment of the Iranian people will have an impact on revolutionizing domestic Iran.

Saudi Arabia Do Join Israel in Defeating Iran in Syria