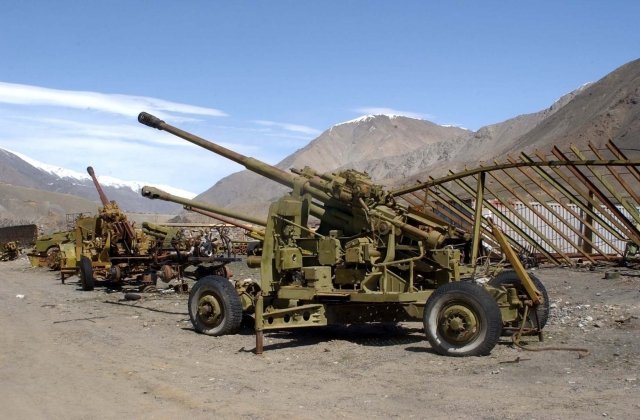 Results from the Israeli massive airstrikes in Syria are pointing to Assad losing half of his air defenses protecting his regime in Damascus. According to IAf Brig. Gen. Tomer Bar, many of these batteries were purchased recently from Russia. To wit, Assad air defenses junkyard ornaments found their place in Assad’s own backyard.

Here at TFS, we say: Trust Russian militaryware at your own peril.

Remember when ex-president Barack Obama, and his JCS General Dempsey, were telling us their hands were tied with regard to punishing Assad’s terror against his own people because of how sophisticated the air defense systems Assad installed?

But Dempsey said the attacks necessary to destroy Syrian air defenses would be long, complicated and risky because the systems are five times more sophisticated than those attacked by the NATO-led coalition in Libya last year.

Israel, in a matter of one day, just exposed that lie big time.

Omri Ceren, a knowledgeable reference on Middle East politics, tweeted a similar sentiment to ours:

Obama admin argued from day 1 – from beginning of Syrian conflict – that they couldn’t do anything about Assad because Syrian air defenses were too sophisticated.

There were enormous debates where everyone had to pretend that was a serious position.

Iran must not feel time is on its side in its occupation of Syria. Fighting constantly against a superior opponent would eventually weaken the resolve and the will of the terrorists ruling Iran today. The Mullahs must know that before Israel could be even remotely jolted, their economy would be in the same category as that of Venezuela.

This is not the time to let go. Israel must finish the job of destroying all of Assad’s air defenses to have the capabilities of striking Iran at will in Syria.